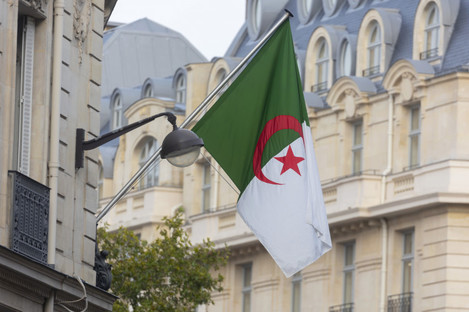 An Algerian court has sentenced 49 people to death over the lynching of a man falsely accused of starting deadly forest fires during an extended heatwave last year.

It was gathered that onlookers had beaten 38-year-old Djamel Ben Ismail to death after he turned himself in at a police station in the Tizi Ouzou region.

He had gone there upon hearing that he was suspected of arson, at the height of blazes, which killed at least 90 people nationwide.

It later emerged that Ben Ismail, an artist from Miliana (230 kilometres or 140 miles further west), had headed to the region as a volunteer to help put out the fires.

The court in Dar El Beida “sentenced 49 people to execution over (Ben Ismail’s) murder and mutilation of his body”.

The court also handed 28 other defendants jail terms of two years to a decade without parole, APS said.

Videos posted online at the time showed a crowd surrounding a police van and beating a man inside it, then dragging him out and setting him on fire, with some taking selfies.

The shocking images were widely shared and sparked outrage in Algeria.