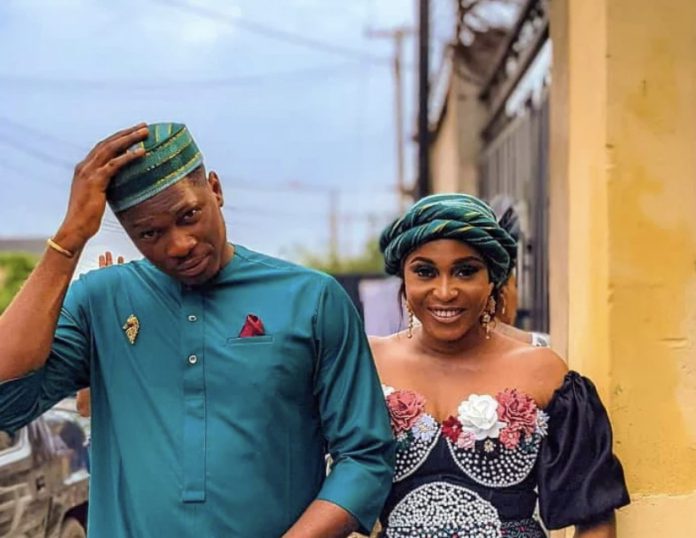 The bride’s brother, Olamide Omoregha, announced the news in a thread his tweets on his Twitter handle.

He said, the marriage took place on Saturday, about 10 years after they met in a jungle during the show in 2012.

Ayo shared several photos of the new couple, linking the success of the marriage to mutual understanding and commitment of the lovebirds over the years.

“Today is my sister’s wedding! (Ayo × Nuhu) They met at the jungle in 2012 on a reality show hosted by Nigeria Breweries (Guilder Ultimate Search Season 9) After 10 years of friendship, growth, and commitment, today is that special day for her. God bless their union!”

The Gulder Ultimate Search, which started in 2004, is a survival type of reality programme that highlights the struggle of contestants in a forest as they search for a hidden treasure.

Ojueromi and Haruna were participants in the edition that took place at the Usaka Forest in Obot Akara LGA of Akwa Ibom state.

The recent edition of the show was held in 2014 and was won by Chinedu Ubachukwu, who got home with a 10 million naira cash prize and a brand new SUV.

FCT Minister advises residents on the rise of banditry into residential...

Seun Kuti: The media is one of the problems Nigeria is...