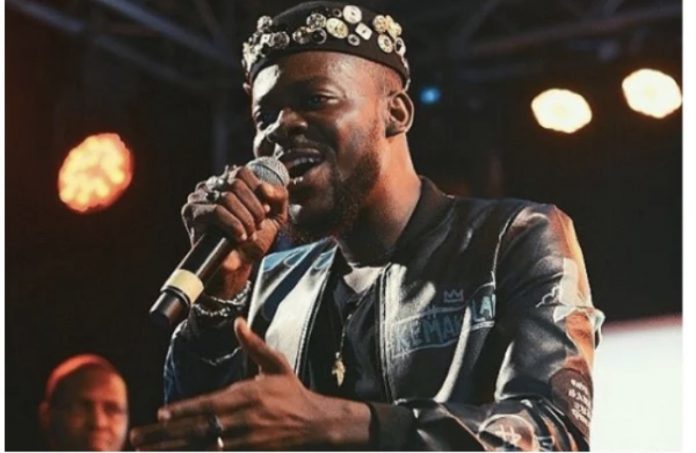 Nigerian singer, songwriter, Adekunle Kosoko, known as Adekunle Gold, has made it known that fans should be expecting a new project from him very soon.

The Afro-fusion singer, whose last project, ‘Afropop Vol. 1’ was released in 2020, is set to thrill his fans with a new body of work which is scheduled to drop soon.

Alongside the big reveal, Adekunle Gold also thanked his fans as he concluded his international tour.

Adekunle Gold shared screenshot of his e-note dated October 9 2021 at 3:02 am, which read, “Tonight, I performed at Pittsburgh, the final show of the #AGBabylnYaCity tour.

“It’s been an absolute pleasure watching y’all sing my songs back to me. I had so much fun meeting and singing my heart out to y’all.

“Thanks for rocking with the boy. I’ll be back next year and it’ll be much bigger. Also, my 4th studio album is coming soon! Get ready for my best work yet! All my love.”

The just concluded tour began in August and the singer visited different cities in the United States during the duration.

Since Adekunle got into the music industry scenes in 2014 with his first single Sade and since then, he has released three studio albums.

Hong Kong cardinal among activists on trial over protest fund

Actor, Akah Nnani celebrates his daughter’s birthday as she clocks one