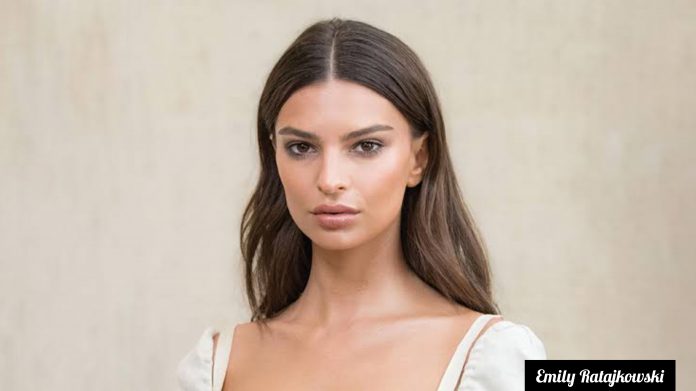 American model and actress, Emily Ratajkowski has opined that she doesn’t believe in straight people.
The 31-year-old supermodel revealed this in a recent interview with Harper’s Bazaar, stating that she believes sexuality is on a “sliding scale” and she doesn’t believe in people being straight.
She also opened up about going viral during a TikTok trend she participated in last month which said that women who own a green couch are bisexual.
Recall that In the video, she shared a video of her green couch, making viewers believe she is admitting she is bisexual.
When asked during the interview if there was any truth behind the post, Emily replied: “I think sexuality is on a sliding scale. I don’t really believe in straight people.”
However, Emily had divorced her estranged husband Sebastian Bear-McClard less than a month earlier before making the trending post.
She explained: “My girlfriend came over and was like, ‘B****, have you seen the green-couch thing?’ She was laughing at me because my green couch is so big.
“I want to be able to have fun with how I present myself in the world without feeling like I’m a bad feminist or a good feminist.
“Duh. I don’t want to be a part of your club if you don’t want to have me. It’s fine!”

Tiwa Savage gifts Iyabo Ojo half a million for remembrance of...