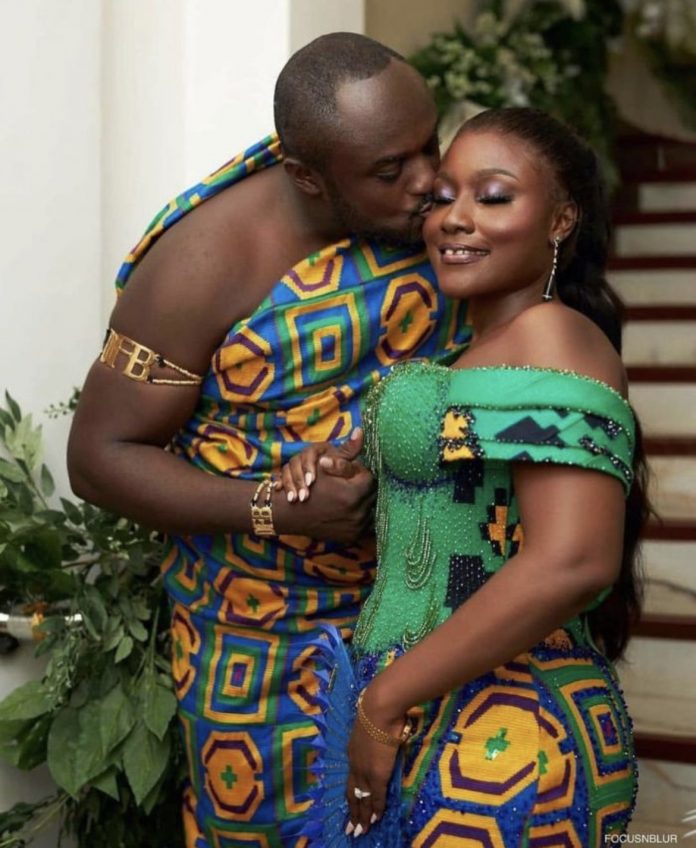 Social media on flame has a report surfaced indicating that the daughter of the owner of the Anita Hotel in Kumasi, Anita Sefa Boakye and her husband, Barima Osei Mensah are seeking divorce.
According to the report, Anita Sefa Boakye has sent drinks to the palace to divorce her husband.
It was revealed that Anita and her husband, Barima Osei Mensah who is the owner of Adinkra Pie are divorcing and the ceremony is supposed to take place today, July 7, 2022
Meanwhile, it was noted that a source close to the couple dropped the gist to a blogger’s doorstep.
The blogger however wrote to her Instagram page, saying, ‘Close Source Information. Anita has sent drinks to the palace for marriage breakup..Ceremony ‘ALLEGEDLY’ to happen tomorrow Tutugyagu exclusive‘
Anita and her husband, Barima Osei Mensah got married in November 2021. The couple’s wedding was tagged as a royal wedding as the groom is reportedly royal from the Manhyia Palace.
Their wedding took a whole week to be done and it was the talk in the media throughout the days.
Unfortunately, after 8 months, it’s being dissolved.

Mompha declares EFCC thieves as he shows off his luxury wristwatches retrieved from them.

Between Cultural Norms and Gender Stereotypes: Do Egyptian Men Hide Their...

The killing of Al-Qaeda’s Zawahiri: how it happened

2face did not pay me a visit, Pero roars.

I suffered despite being from a rich family – Singer B...