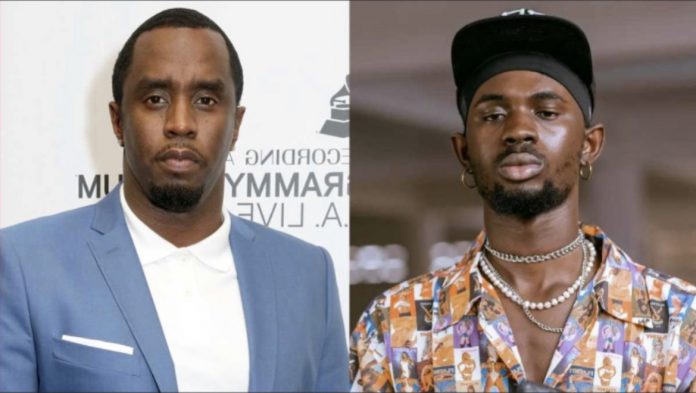 American rapper and music executive Puff Daddy otherwise known as P.Diddy has expressed interest in working with Black Sherif but all efforts to reach him have proved futile.
Ghanaian-born American superstar, PJ.Kev made this news public in a conversation on Hitz FM stating that P.Diddy reached out to him to complain that Black Sherif and his team have not replied to his messages after he contacted them.
PJ.Kev however disclosed that he linked P.Diddy to Blacko but left them to build a relationship and sort out their works.
Meanwhile a fan who was disappointed that the Ghanaian artist was not responding nagged that the budding musician and his team are fond of doing so.
He further compared Black Sheriff’s attitude to Nigerian artists and echoed that the latter would have taken advantage of the opportunity.

Ebenezer Obey commiserates with KSA over loss of his wife