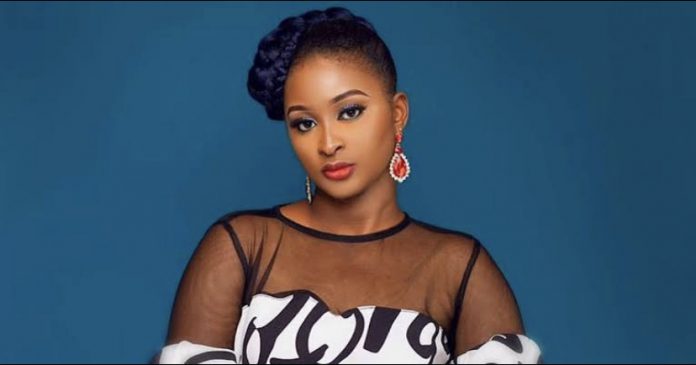 Actress and filmmaker, Etinosa Idemudia, has been named the ‘Best Actress in an African TV Series’ by the Hollywood and African Prestigious Awards. The award is in recognition for her performance in the series, ‘Blood of Enogie’.

The HAPAwards is a US-based award judged on artistic and technical merit by a team of scholars in the United States, and recognises outstanding individuals whose lives have been marked by extraordinary personal and professional accomplishments.

Recall that few months ago, HAPAwards released its list of nominations in the Hollywood and African categories, which saw Etinosa bagging multiple nominations.

Expressing delight at winning the award, Etinosa said, “This is a big deal for me. It is not a majority vote award; it is a professional award based on merit.

“Aside from getting multiple nominations among several Hollywood and African movie giants, I also won in one of the categories. I feel honoured.

“I am honoured to have played such a role and even more elated that not just Nigerians appreciate me, and I am also celebrated globally. I am grateful to the producers of the show for the opportunity to act in the movie.

“They trusted me with that extremely tasking role, believing I would deliver, and I feel humbled by that.”

On what she felt secured her the award, the actress said, “I would say passion. I put my all into every project I accept to be a part of. I do it like my life depends on it.

“I actually lose myself completely to each character I embody as an actor. I guess that’s what makes me different. If I’m allowed to, I would say there is also an unusual anointing upon my life. I carry grace.”

Produced and directed for ROK Nigeria by Canadian-Nigerian director, Charles Uwagbai, the series centres on a cursed king, his many choices and how those choices affected his kingdom.