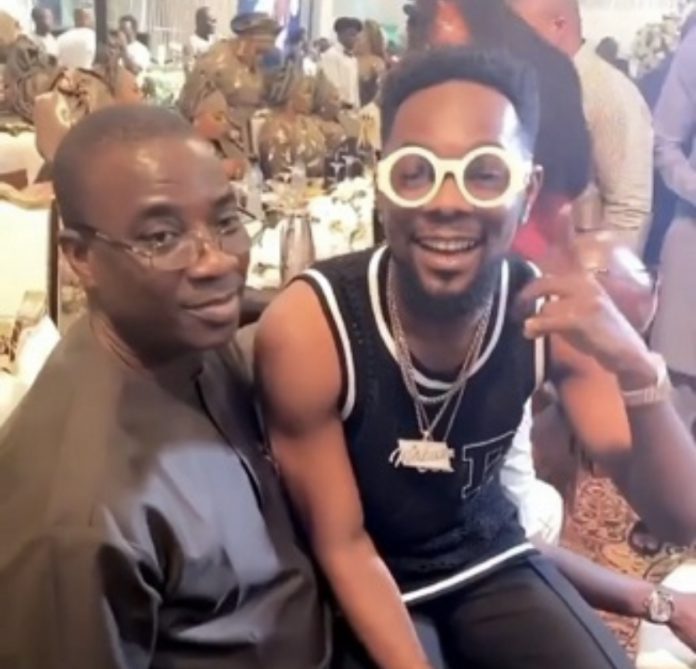 Looking at the reggae dancehall act, Patoranking seated on the laps of King of Fuji music, K1 De Ultimate has generated a stream of reactions from social media users.

In a viral video, which recently surfaced on the internet, showed Patoranking seated on the laps of the Fuji king in an event as he tapped his back at several times in the course of exchanging pleasantries.

K1, at some point took off his nose mask to smile for a shot with Patoranking, who had quite a big smile on while giving the ‘peace’ sign.

Patoranking in the moment of posing for some shots could also be heard, saying: “Yo! Father and son!!”

Patoranking stood up from the veteran Fuji star’s laps and left but not until he received a handshake with both hands and head bowed in a most respectful manner.

Social media members came for Patoranking on attempt to “break” K1 De Ultimate’s laps as they have interpreted the latter’s constant pat on the of the back of the former to mean he was signaling him to stand as his legs were already paining him.

From Covid to cancer: High hopes for ‘versatile’ mRNA

I twerk to feed my son – Kuapem Poloo