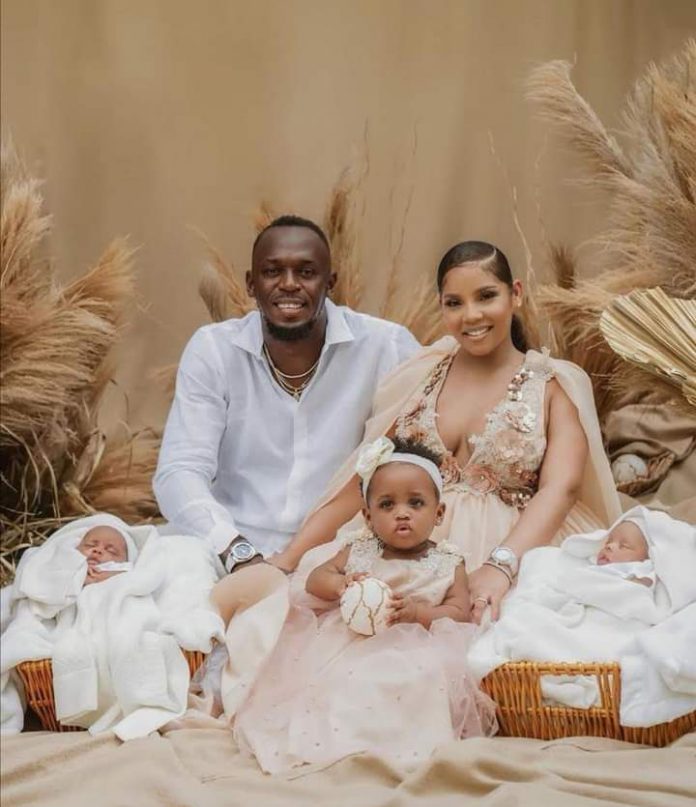 Popular Jamaican Sprinter, Usain Bolt has had and gave names to his twin boys, Thunder Bolt and Saint Leo Bolt.

The sprinter announced the news of his twins on his Instagram to celebrate Father’s Day.  Usain Bolt in the picture was seeing next to each of his kids and wife.

Usain Bolt who retired from athletics in 2017 but currently holds the 100m and 200m world records, making him the fastest man in history.

He is also the only person to have won three 100m Olympic championships and 23 major gold medals as an athlete.

However, the couple had refused to say when exactly the twins were born.

My son’s scholarship was due to God’s grace – Ali Inusah’s...