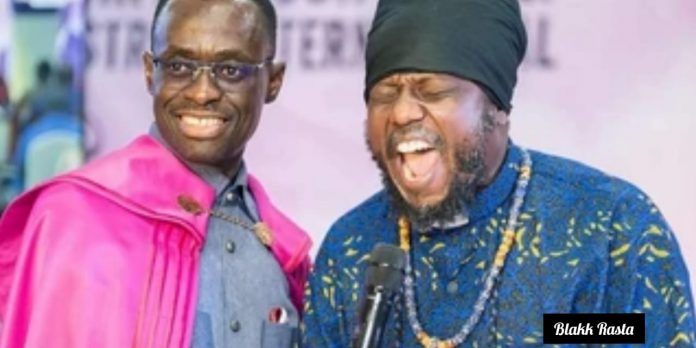 Ghanaian reggae artist and broadcaster, Ahmed Abubakar, popularly known as Blakk Rasta, has been ordained a pastor after graduating from Breakthrough Family Chapel Bible School.
According to reports, the presenter affirmed the news, saying; “It’s true. I completed Bible School and got ordained as a Minister of God at the Breakthrough Family Ministries International last Friday.”
Meanwhile, Blakk Rasta has over the years been very critical of most religions, including Christianity. At times, he even alleged that the Bible’s text had been changed because the original manuscripts had been destroyed in the past.
The artiste was raised in an Islamic family and eventually abandoned Islam in favour of Rastafarianism, which he then confessed his Christian faith and registered for a Bible school.
However, the presenter recently got married to a new wife, years after he lost his first wife.