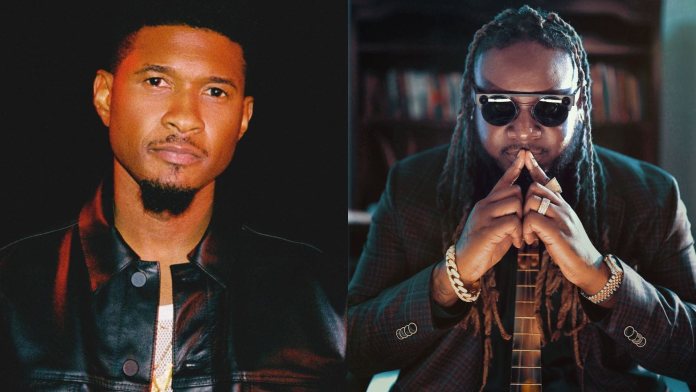 Singer Faheem Rasheed Najm also known as T-Pain, has exposed how Usher made him almost sink into depression.

T.Pain narrates his ordeal in a new clip from the popular Netflix series “This Is Pop”

T.Pain who was in a flight when an attendant woke him up explained that Usher wanted to speak with him.

“Usher was my friend. I really respect Usher. And he said, ‘I’m gonna tell you something, man. You kinda f*cked up music.’”

T.Pain continued saying what Usher then added, “‘Yeah man you really fucked up music for real singers.’ I was like, ‘What did I do? I came out and I used Auto-Tune.’ He was like, ‘Yeah, you fucked it up.’ I’m like, ‘But I used it, I didn’t tell everybody else to start using it.’”

On T-Pain view to that conversation, he said “very moment that started a four-year depression for me.”

Everyday is a special day – Alibaba

75K workers affected by unrest may be retrenched

Universities’ Senior Staff to strike on August 2 over conditions of...

Stop the fake life you are all living” – Angela Okorie...