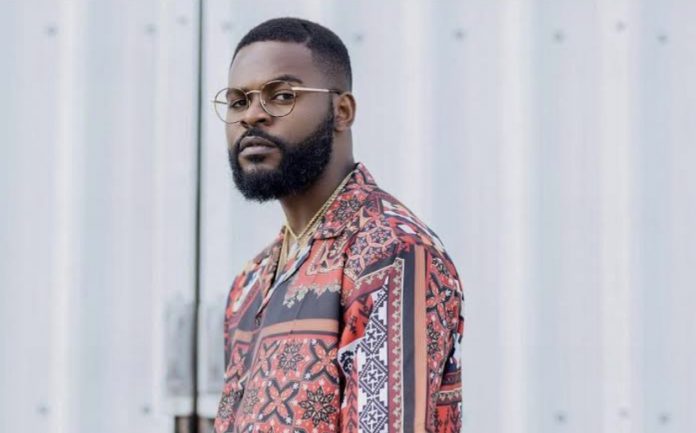 Nigerian rapper and actor, Folarin Falana popularly known as Falz, has said he has never been in love.

He said this while analyzing his love life and career in a recent episode of the ‘Tea With Tay’ podcast show.

He disclosed he has not told any lady “I love you” before.

When asked how he gets the inspiration for his love songs, the 31-year-old, “As an artiste, you need to have a canvas. When you have a canvas, you have different colors of paints and you just splash it.”

Falz’s explanation became a surprise to many of his enthusiasts because he is known to have released several love-themed songs with popular singer Simi, such as ‘Jeje’, ‘Marry Me’, ‘Toyin Tomato’, ‘Chemistry’, ‘Soldier’, and ‘Foreign’

Falz started his music career while in secondary school after forming a group called ‘The School Boys’ with his friend.

He began his professional career as a music artiste in 2009 and has solidified himself as a household name in the Nigerian entertainment landscape since then.

He had also released an album titled, “Moral Instructions” which talks about the ills in society.

Adekunle Gold speaks on the release of his 4th album