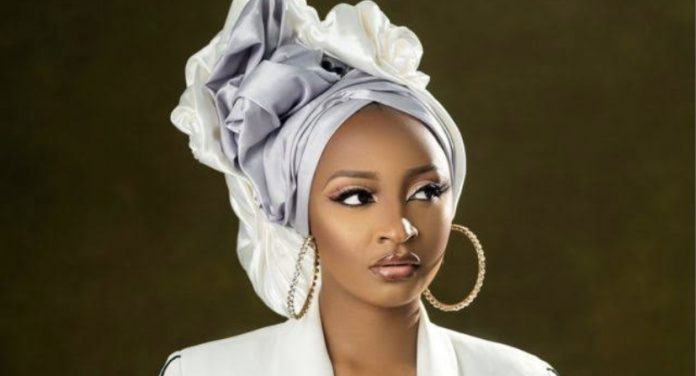 Nigerian actress, Rahama Sadau has recounted how she was not on the train that was attacked by bandits along the Abuja-Kaduna rail.

It will be recalled that on Monday night, terrorists attacked a Kaduna-bound train. They bombed the rails hence the train was forced to a halt.

Witnesses said the attackers later encircled most of the coaches and opened fire before they forcefully gained access, fired at random, which led to the death of some people.

In a Twiter post on Tuesday, the actress disclosed she was supposed to be on the train with her sister but they missed it.

She said she could have died from the attack while lamenting the death of her colleagues and other victims of the attack.

She tweeted: “Myself and my sister were to be on the attacked train last night but we missed it. WE MISSED IT! it could’ve been me & mine but it’s actually Us… We had friends & family on that train. WHEN IS THIS EVER GONNA STOP?”

“It can only get worse as the elections are fast approaching & the target will always be Arewa… I would say get your PVC and vote wisely but VOTE FOR WHO? the same set of people? Still get that PVC PLEASE”