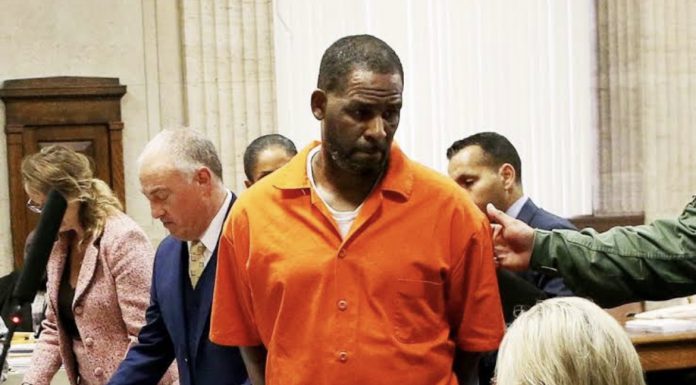 American Singer and R&B hitmaker, R.Kelly who was sentenced to 30 years in prison for the sex crimes he was convicted for, has been given some conditions he must adhere to when released from prison.
Report has it that the prosecutors said Kelly is especially menacing to society because he continued his criminal behavior for years after standing trial in Chicago for sex crimes.
Following the disclosure, the Judge ordered that Kelly must inform anyone choosing to live with him that he is a sex offender.
Meanwhile, the Judge, Ann M. Donnelly also ordered mental health treatment for the singer upon his release. According to court documents, his treatment will include therapy for an unspecified sexual disorder, and he must avoid all contact with anyone under 18.
It was also gathered that the only way the disgraced singer who still has another federal trial and 2 state trials to face, would be allowed to be around someone under 18 is if it’s a family member, or it’s in a therapeutic setting with a “responsible adult” present and if he’s convicted again, he’ll likely face even more restrictions
All of the above scenarios would first have to be approved by his probation officer. Kelly would remain under supervised release for 5 years once he gets out.

US lawmakers to meet Taiwan president as China seethes

I deserve some kind of monumental positioning in this country, says...

DJ Cuppy reveals an 18-year-old ‘fresher’ asked her out