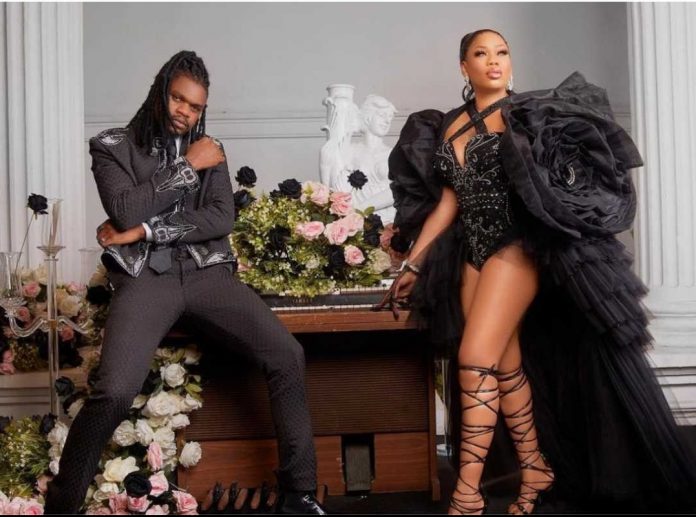 No one would want to miss a celebrity wedding let alone the one that would attract the creme d la creme on the social scene.

So it was not a surprise to see celebrities turn out in their numbers to witness the celebration of love between Social media influencer, Toyin Lawani and his long time lover, Segun Adebayo.

It was a gathering of celebrities and social media influencers as Lawani who is also a fashion designer finally said ‘I do’.

Although there had been rumours that the groom reportedly dumped his wife and two kids for Lawani, the pair had become inseparable since they announced their engagement on February 14.

It was also a gathering that witnessed the seeming end to the feud between Iyabo and Mercy Aigbe who both turned up for the wedding looking glamorous.

They both took pictures together and embraced each other.