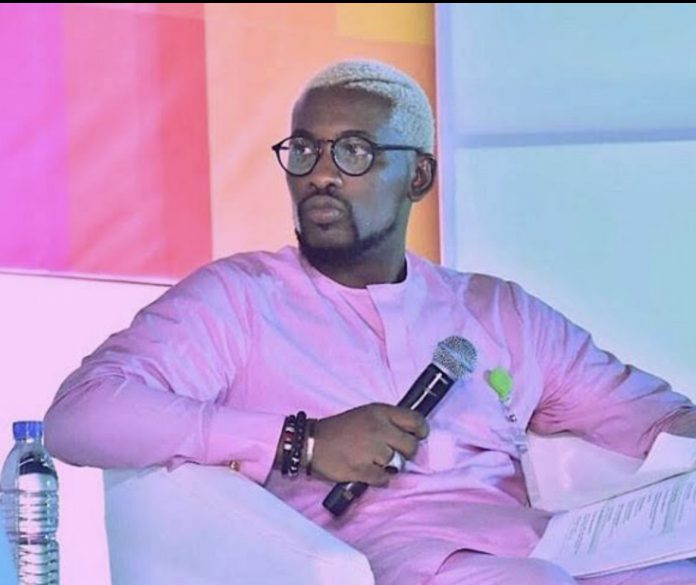 Nigerian on-air personality, Oladotun Ojuolape Kayode, popularly known as Dotun has tackled Nigerians blaming music executive, Olamide, for bringing singer, Portable, to the limelight.
Controversial singer, Portable made headlines on Monday, July 18, after claiming to be the founder of two notorious cult groups, One Million Boys and Ajah Boys.
The groups are notorious for their violent activities and have terrorized Lagos and parts of Ogun state, but their members and sponsors were unknown until yesterday, when Portable identified himself as their founder.
This claim by Portable sparked outrage from Nigerians online, with many blaming Olamide for bringing him to limelight.
It would be Recall that Portable came to spotlight in December 2021 after Olamide jumped on his “Zazu Zeh” track.
While addressing those berating Olamide, OAP Dotun, who had earlier called for Portable to be taken to rehab in a series of tweets, stated that no one should blame Olamide for Portable’s actions.
He wrote: “Baddo gave him a shot. Does that mean he shld be responsible for helping a man fulfill his dream? Baddo gave AG, Lil Kesh a shot etc & they all came from the street.
Entertainment is the opium of good & bad. Choose your poison wisely. How to control “YOU” is in ur hands.
If you know the atrocities and lives taken by the people he claimed he worked with then he wouldn’t have spat such from his mouth. Always resist the urge to shalaye and never forget to use your head. Even when your heart goes before it, let the head still be the last
When I spoke about portable the last time, a few of you guys came for me & attributed facts as “Hate” .. you can celebrate someone who is very unruly but don’t attribute an uncouth behavior to success. It’s not. Every drive have boundaries. He is self destruct and needs to chill”

I see the best of me when with you – Portable’s...