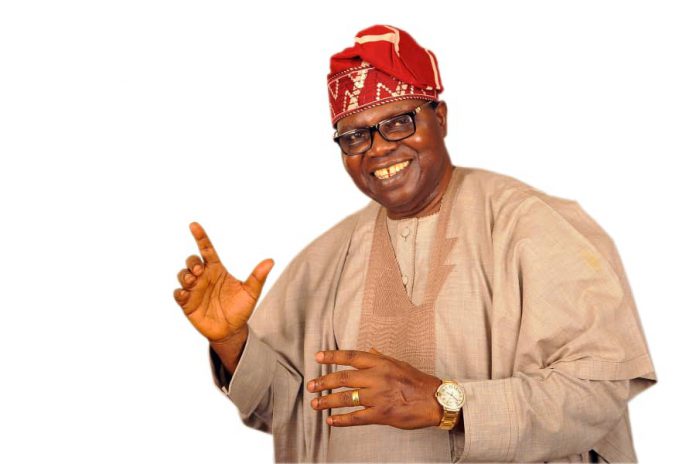 Music icon, Evangelist Ebenezer Obey-Fabiyi has described the death of the late popular Lagos-based socialite and monarch, Alhaji Buhari Oloto, who died on Thursday as a huge loss of a loyal friend and endeared fan.

According to Obey as he is fondly called, he received the news of the death of the deceased as a shock, describing him as a close admirer and endeared fan for many years.

In his reaction from the United Kingdom, Obey said: “I received the news of the death of Oba Buhari Oloto on Thursday evening here in London and I was sad about the incident because I have lost one of my close friends and admirers, as well as my die-hard fan for several years.”

He noted that Oloto was a very good loyal admirer and very nice person and that he would be greatly missed, just as he commiserates with his wife and children and prayed that God will give them the fortitude to bear the great loss.

Speaking on his relationship with Oloto, Obey noted that they have both maintained a cordial relationship up until when Oloto became the president of Orepeju Club and that he has been performing at all his engagements both in Nigeria and abroad for years, adding that “He was to hold the celebration of his installation as the Oba of Iguruland, Aguda, Surulere, last year, but the COVID-19 pandemic stalled the event.

“From his younger days, he and his older brother, Sogunro, used to come to watch my performance at Miliki Spot, every Monday and Thursday in those days, precisely in the 1970s, and after Sogunro’s death, Buhari continued that and after Sogunro, he became the head of the family,” he added.

I will never support PDP or APC – Mr Macaroni

We shall hang corrupt individuals at Uhuru park – Wajackoyah

Emfuleni freezes all procurement amid claims of mismanagement

Light rain expected in parts of Western Cape on Tuesday

New hope for Zim farmers robbed of their land as SCA...

Desert Breath: How Art Combined the Red Sea and Infinity

Gov’t not obliged to return parts of Achimota forest land to...