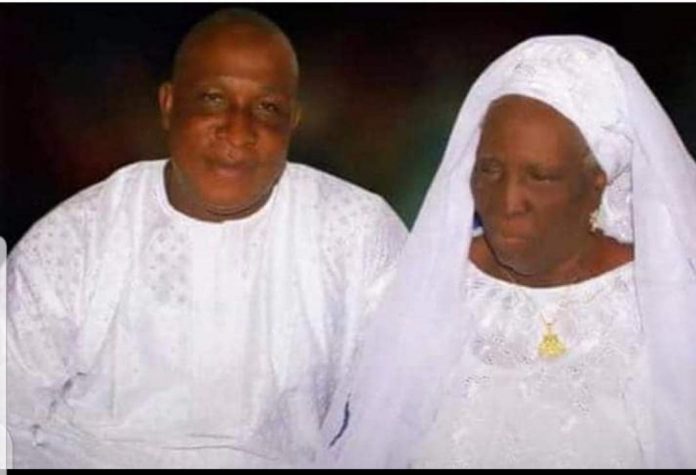 Days after the passage of his aged mother, veteran actor and producer, Adebayo Salami, famous as Oga Bello has been in a mourning mood as he described his late mother as mother with a special heart of kindness.

The mother, Alhaja Aisha Ayoka Gbogunlori who died on August 3 at the ripe age of 107 had since been buried according to Islamic rites as plans have commenced for a befitting burial.

Popular actors and actresses including Yinka Quadri, Mr Latin, Jide Kosoko among others were seen at the Ilorin home of Oga Bello to stand with the actor in his grieving moment.

At the 8th day Fidau held today in Ilorin, Oga Bello who was in his usual calm self said he was happy that his mother lived a good and fulfilled life, describing her as a mother with special heart of kindness and dedication to human endeavours.

Some of Oga Bello’s children led by popular actor Femi Adebayo were seen consoling their dad as it was further scooped that no stone will be left unturned to celebrate the exit of their grandmother.

Artistes night procession was held in honour of mama Gbogunlori with actors and actresses taking turns to entertain guests.

I Am Not Calling For Naira Devaluation – Osinbajo

Sarkodie responds to diss song he released for Shatta Wale