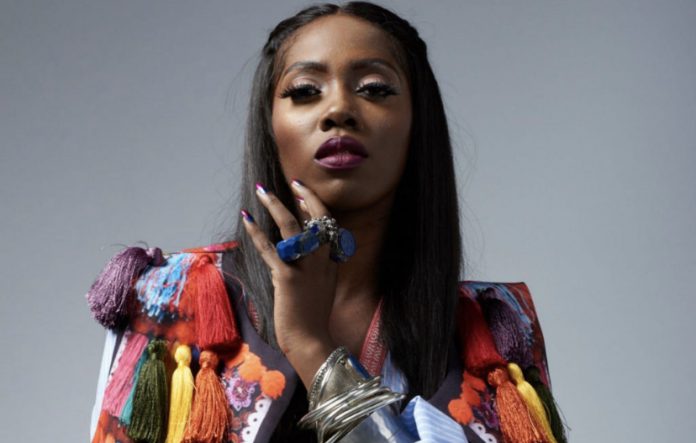 Nigerians have responded oppositely to the publication of a likely sex tape of popular Nigerian singer, Tiwa Savage with her boyfriend.

Remember that Tiwa had said she was being blackmailed with a sex tape of her and her boyfriend.
The said sex tape of Tiwa Savage which has gone viral leaked online on Monday night.
However, it is not yet confirmed if the lady in the viral video is Tiwa Savage but there is a striking resemblance.
Nigerians reactions:
@UnitedSancho: “ @TiwaSavage, I’m just curious though. How do you think your son is going to react when he sees this video in the future?, Do you actually see yourself as a good mother?. Time will tell.”
“@AfrisearchGh “That is Tiwa but her press release has saved her ahead of disgrace.”
@Dearyhybee “That said boyfriend should be interrogated, he could still be the mastermind of the leaked sex tape video of Tiwa Savage to blackmail & to extort her. But unfortunately, she stood her ground. They still released it anyway. That upload mistake was just a stunt, it was a deliberate act.”
@Feyitolu “Besides, she didn’t cheat
She is not married na, We are just making a big deal out of nothing.”
@Josie “I really respected Tiwa and I still respect her till now. Everyone makes mistake, abeg try her with soft hand.”
@Viewsday “Tiwa Savage is still a wonderful woman. This can’t stop us from loving her less. Let’s appreciate her.”

Don’t marry a woman who is heavy on social media if...