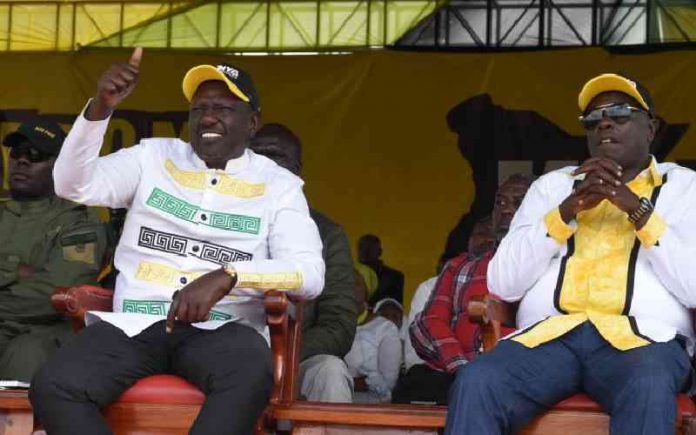 Eleven petitioners have sought the High Court conservatory orders to bar UDA presidential candidate William Ruto and his running mate Rigathi Gachagua from being sworn into office, if elected.

In a matter of the pre-election nomination dispute certified under a certificate of urgency in respect of candidates for president and deputy president, the petitioners want the court to give directions of hearing and determination by Friday, August 26 2022.

The eleven petitioners have listed Ruto and Gachagua as first and second respondents in the petition whivh reads in part:

“That pending hearing and determination of this Petition, the honourable Court be pleased to issue and order conservatory injunction to restrain the first and second respondents from being sworn into offices of President and Deputy President respectively in the event that they get elected during the General Election scheduled for August 9, 2022.

“The Petition herein seeks to safeguard and enforce the principles, values and objectives of the constitution including chapter six thereof and its application to the eligibility of candidates for President and Deputy President.”

“Unless the court hears and determines the constitutionality of the registration and gazettement of the 1st and 2nd Respondents as candidates, it amounts to aiding and abetting illegalities if they are sworn into their respective offices in the event they get elected,” the petition reads in part.