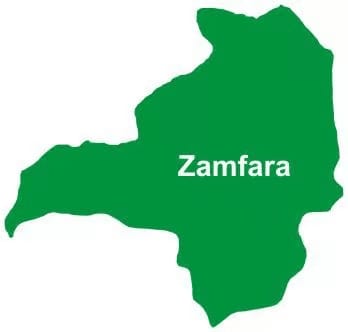 An uncle to the deceased, Abdullahi Bello, who confirmed the incident to Daily Trust, said that the children died after eating Tuwo prepared by their sister who was on a visit to the family house from her matrimonial home.

“When she came, she fetched grains from a local silo and then took it to the machine for grinding. A rabbit being reared in the house died after eating the sorghum flour before she even started preparing Tuwo for the children,” Bello recounted.

“No one noticed that the sorghum flour was contaminated even after the rabbit had died. She went ahead and cooked the food for the children. Few hours after taking the meal, one child lost his life.

“Then, we took the remaining children to a medical facility in Gusau where two of them also died. We took the remains of those who died back home. When we were burying them at a cemetery in the community, we received a call that three had also died, including my younger sister that cooked the food for them. In totality, eight children and a mother lost their lives to the incident.

The only surviving child is lying critically ill at Yariman Bakura Specialist Hospital in Gusau with doctors battling to fix a respirator on him to aid his breathing.

“Yes, the doctors had confirmed that the ailment originated after taking the last meal that day,” the Public Relations Officer of the hospital, Awwal Usman Ruwan Dorawa told Daily Trust.

He said the doctors had tried hard to save the lives of those affected but regretted that the children were not taken to the hospital on time.

AU to commence talks with WHO on Malaria Vaccine