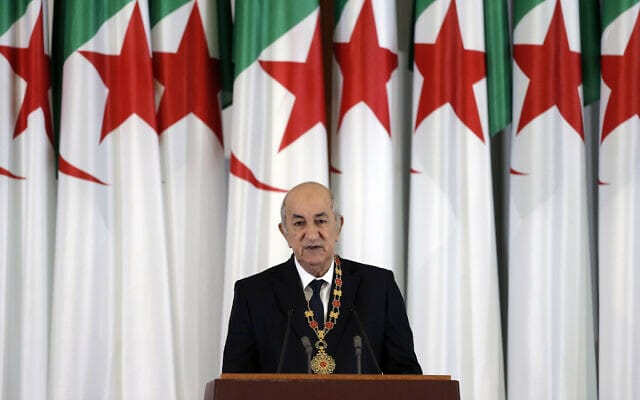 The President of Algeria, Abdelmadjid Tebboune has closed the country’s airspace to all Moroccan planes due to the latest dispute between the two countries at odds mainly over Western Sahara.

“The High Security Council has decided to shut its airspace immediately to all civilian and military aircraft as well as to those registered in Morocco,” the statement disclosed.

Algeria broke off diplomatic ties with its neighbor Morocco on August 24, accusing it of “hostile actions” after months of heightened tensions between the two North African countries.

The decision to close Algeria’s airspace was announced after a meeting of the High Security Council, chaired by President Abdelmadjid Tebboune.

The presidency said the meeting examined the situation on Algeria’s border with Morocco and took into account “the continuation of provocations and hostile practices by Morocco.”

Nigeria may split before 2023 elections – Onaiyekan

US Nurse Who Raped Disabled Patient Jailed For 10 Years

I don’t care what people will say about me when I’m...