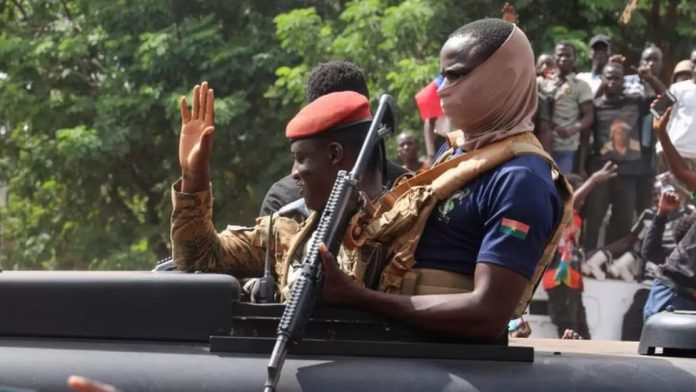 Burkina Faso’s military leader, who was ousted in a coup on Friday, has formally agreed to step down.

According to community and religious leaders, the country’s new self-declared leader, Capt Ibrahim Traoré, had Lt Col Paul-Henri Damiba’s resignation and conditions he had set.

The announcement followed attacks on French institutions, after it was reported that Lt Col Damiba was sheltering at a French military base.

It is noteworthy that this is the second coup this year.

In both cases, the country’s dire security situation and failure to deal with an Islamist insurgency were blamed for the takeovers.

The African Union has demanded the return of constitutional order by July 2023 at the latest, agreeing with the regional group Economic Community of West African States (Ecowas) that the ousting of leader Lt Col Damiba was “unconstitutional”.

Ecowas earlier said it was “inappropriate” for army rebels to seize power when the country was working towards civilian rule.

But religious and community leaders said Lt Col Damiba himself had offered his resignation “in order to avoid confrontations with serious human and material consequences”.

They said Lt Col Damiba had set seven conditions for stepping down – including a guarantee of his security, an agreement to continue with efforts at national reconciliation and a continued respect for the guarantee of returning to civilian rule within two years.

Meanwhile, in the latest update, Burkina Faso’s ousted coup leader Lt Col Paul Henri Sandaogo Damiba has left the country for Togo on Sunday, two days after he himself was overthrown in a coup.