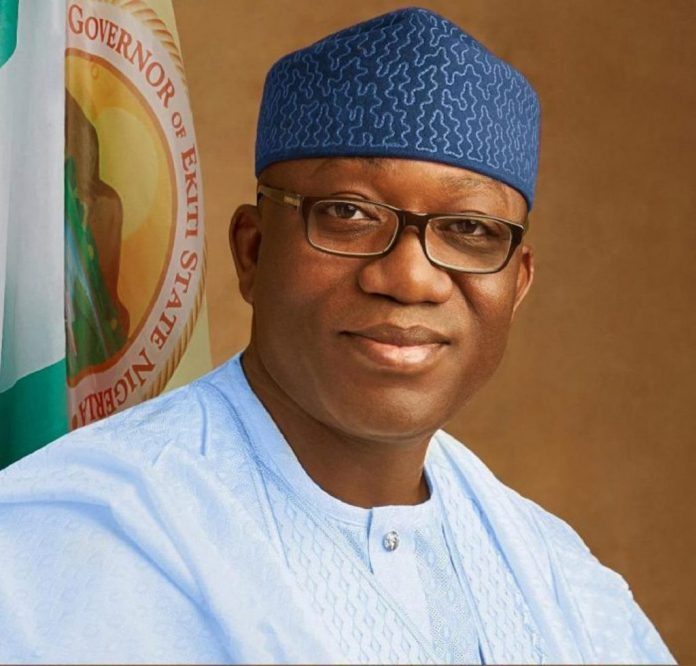 The Chairman of the Nigerian Governors’ Forum and Governor of Ekiti State, Dr. Kayode Fayemi has recommended that restructuring should take place in the country in order to sustain peace and proffer solution to the issues that threatens the stability of the nation.

According to him, recreating Nigeria is the only way the nation’s socio-political and economic greatness will be attained.

He emphasized that issues of devolution of powers, decentralisation, restructuring and such other concepts should not be clothed in ethnic or regional toga but be used as an opportunity to reimagine and reinvent the country to make it work well for everyone.

Fayemi said this on Saturday, October 31, in Karina where he was the guest lecturer at the 50th Anniversary of the Centre for Historical Documentation and Research in Arewa House, Kaduna

The governor stated that the restructuring of Nigeria would cement the unity of the nation and engender a perfect union among its peoples irrespective of their ethnic, religious, cultural and linguistic differences.

He opined that the move will provide for an equitable revenue allocation formula that would speak well to the federalism adopted by Nigeria and give more resources to states and local governments to carry out more responsibilities.

If adopted, Fayemi is of the belief that it would go a long way in giving more responsibilities to constituent units and reduce the concentration of powers at the centre.

While speaking on the theme, “Unfinished Greatness, Towards a More Perfect Union in Nigeria”, the governor posited that building Nigeria to the status of a country that commands global respect is a continuous work in progress.

Fayemi pointed out that the 1914 amalgamation between the Northern and Southern Protectorates by the British was not a mistake added that the country could use the diversity to achieve greatness if Nigerians would utilize the inherent opportunities.

Speaking about the recent nationwide protests by youths, Governor Fayemi stated that it was high time the nation’s leaders looked into ways to solve problems which turned an innocent online protest over police brutality into an avenue to challenge perceived failures to meet demands for good governance.

“What started as an innocuous online protest over police brutality snowballed before our very eyes into a mass movement that assumed more frightening dimensions. From the demand to #EndSARS, we have seen vigorous demands for greater accountability, and greater efficiency in government,” the governor explained.

He added that what he deduced from the protest of the youths was that the older generation have failed them by the inability to create a system that supports their dreams and accommodates their aspirations.

US President Mourns As He Loses Brother To Undisclosed Illness