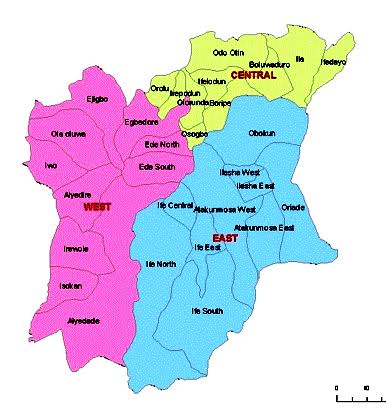 The Osun State Government on Wednesday has advised its people to take personal responsibility for their safety, despite the fact that security measures have been relaxed across the country.

The state government also announced the closure of one of the isolation centres (Mercyland Isolation Centre) in Osogbo, the state capital. This was due to the flattening rate of cases in the state.

The Commissioner for Information and Civic Orientation, Funke Egbemode said the state still has concerns about the level of non-compliance to the precautionary measures in the state. ‘The people are behaving as though covid-19 is no more a reality,’ she lamented.
She explained, “Although, the curve seem to be flattening in our state, it is important that we all acknowledge that the state of Osun is not an Island. Our land borders are opened, and that means that people move in and out of the state every day, most of whose COVID-19 status cannot be ascertained.

“Airports have also been opened across the country, which means that people from outside Nigeria can come into the country from those nations that are still experiencing spikes in the number of confirmed cases of the pandemic.

“We cannot, therefore, afford to take chances by letting down our guards. This is the time when individuals, families and institutions must do what is right so that the entire citizenry can stay safe together.

“The government is also extending an appeal to religious leaders, not to step down their adherence to the established guidelines. It has been observed in some quarters that special programmes, extended services and high density gatherings are already being conducted.

“This flagrant disregard is not only illegal, but one that is capable of endangering the lives of people, especially our children, and the government will not hesitate to close down any outfit found guilty of this disregard.

“The government is doing everything within its power to protect its people from coronavirus including an ongoing epidemiological survey to determine the level of prevalence of the disease in the state. Let us all ensure these efforts do not go to waste,” she explained.

She added that the state government would increase sensitisation on the required safety protocols at the end of the week’s edition of the State Executive Council meeting. The citizens are advised to adhere to those protocols.

Police rescue two children abandoned by their mother in Lagos

Rashford doubles sends England to the top as Wales bows out

Real Discounts or Fake Deals? A Look at Black Friday in...