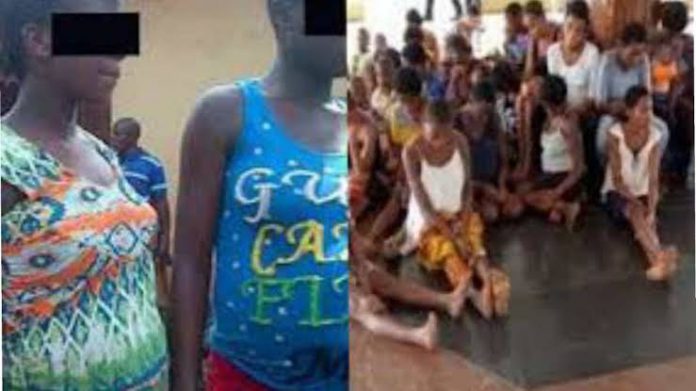 A security outfit named Operation Akpakwu which was set up by the Cross River State Government has rescued 24 pregnant women and 11 children from a suspected baby factory in Calabar, the state’s capital.

Handing over the rescued victims to the officials of the National Agency for the Prohibition of Trafficking in Persons (NAPTIP), Officer Commanding 13 Brigade Provost of the Nigerian Army, Stanley Ikepeme who represented 13 Brigade Commander, Brigadier-General Mohammed Abdullahi disclosed that two suspects have been arrested.

NAPTIP official, Oba Jacobs who received the victims said the suspects will be investigated and charged to court.