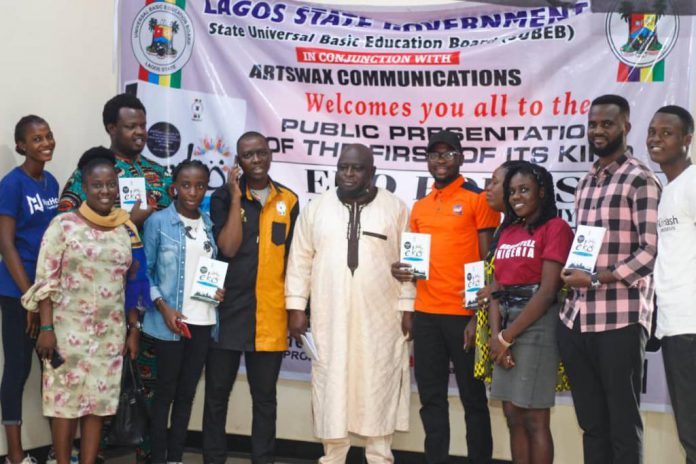 A prominent literary and organization, Artswax Communication, in collaboration with The Lagos State Universal Basic Education Board (LASUBEB), has produced an Anthology of poems written by primary school students in Lagos public schools across the state.

The ceremony, held recently at the Board’s hall, Maryland, was a combination of efforts by various public primary schools. It was edited by Ola Awakan, the Director of Artswax Communications, and endorsed by Prof Niyi Osundare.

Adeniran Makinde, the chairman of the National Association of Nigerian Theatre Arts Practitioners (NANTAP), was present as one of the anthology’s reviewers.

He urged political leaders across the country to listen more to children if they are intentional about leading positively.

He said, “It is important that we take this very seriously. Nigeria is at a critical moment and the best place to get the truth is from the heart of these innocent children.”

“If any leader must be able to access him/herself through some of those things they say. They may appear incoherent, but they are coming from a place of truth.”

“In a way, works like these help to document this period because whatever we have said throughout the anthology are facts. It is an expression, not cooked-up work.”

Femi Morgan, the publisher revealed the aim is to give children a chance to express their optimism about the future of Lagos State. 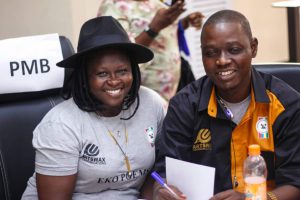 “The idea was from the author and I saw that he’s well versed in development about Lagos state and literature through our interaction on a poetic description of Lagos and how Lagos can develop over the years.”

“What is unique about this work is that while a lot of established authors and poets have given descriptions about cities in Lagos state, children are also given a very unique opportunity to describe Lagos from their mind and how they see Lagos in the varying activities they do every day.”

Mr. Awakan, a multiple award-winning journalist who was the author, disclosed that public primary schools have lost their values in recent times.

“Until you allow them to do these great things, you’ll never see the magic that can come from them.”

“Most of us grew up knowing about nursery rhymes which are written from abroad and adopted here. Now, who says public primary school students cannot produce nursery rhymes?“

Hon. Wahab Alawiye-King, the chairman of the state’s SUBEB, reiterated the state’s commitment to promoting the children’s creativity. He also announced that a sequel will be made in due time to expand the opportunity to more students in the state.

He said, “The investment in the education sector is yielding positive results. Education is a must for all our children. We demonstrated today that we’re able to arouse their immense talents and creativity.”

“They have been able to talk to us from their complex memories and desires about what they have in their mind about how Lagos is and what they feel can still be done. This project gave them exposure to explore their inner being.”

“We’re supporting this project. We’re sending them to all our libraries. This is the first set we’re doing. Considering the success, we’re planning to do a sequel to capture more of the students who will want to contribute”, he added.

One of the partners for the event launch was NixxHash Communications, a fast growing Media and Public Relations coy based in Lagos.

Speaking with the Team Lead, NixxHash Communications, Adenike Fagbemi, she noted that it was a great privilege to have been part of the team that pulled up the wonderful launch. Adenike also urged youths in Nigeria to think productively rather than engage in acts that causes division in the state and country at large.