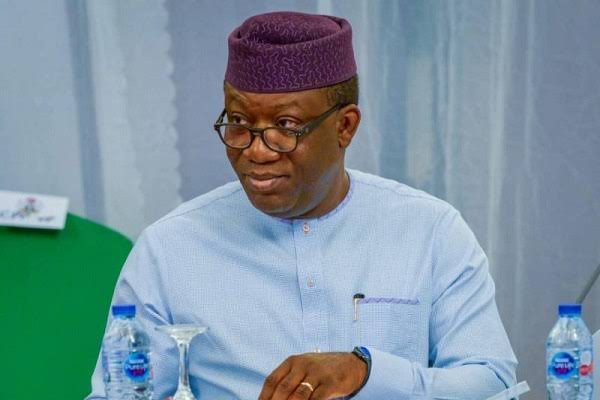 The Governor of Ekiti State, Kayode Fayemi is reportedly set to formally declare his presidential ambition today in Abuja.

This was disclosed by Yinka Oyebode, the Chief Press Secretary to Fayemi via a statement which was made available to NAN.

According to Oyebode, the declaration tagged: “Unveiling My Nigeria Agenda”, was the climax of the governor’s extensive consultations across the geo-political zones in the last six weeks.

The governor’s image maker said the declaration would also lay to rest, speculations on whether he would run for the presidency or not.

Oyebode said Fayemi, after discussing his plan to run for the number one office with President Muhammadu Buhari last month, sought counsel, guidance, and support from traditional and political leaders across states.

He said Fayemi’s engagements with political and traditional leaders went on side by side with consultations with his colleague governors, especially those elected on the platform of the ruling All Progressives Congress (APC).

Lion of Judah! Wajackoyah launches manifesto in style at KICC

‘Carl Niehaus is the love of my life’, says Jozi model...

Peaceful protest is a human right – Rihanna reacts to #EndSARS