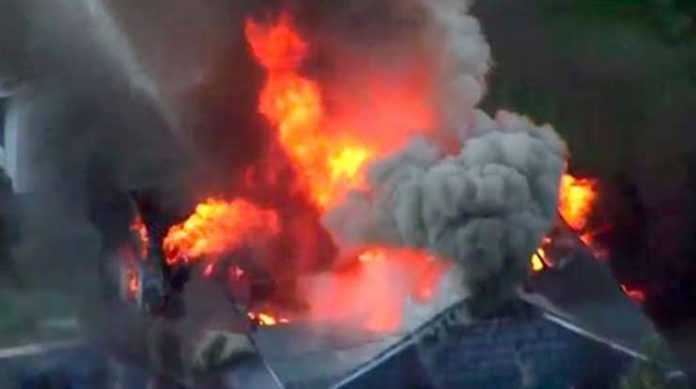 A gas explosion has injured five people in Brockdale, Bindura on Saturday evening.

According to residents, the explosion occurred during a party at House Number 918 after an attempt was made to change gas plates as one of the plates was not functioning well.

Four of the burn victims were treated and discharged at Bindura Provincial Hospital, while one was detained for further treatment.

The incident was confirmed by the spokesperson of the Environmental Management Agency, Maxwell Mupotsa.

He said people should handle liquid petroleum gas with due care as it is hazardous as well as ensure gas tanks are serviced regularly by trained personnel.