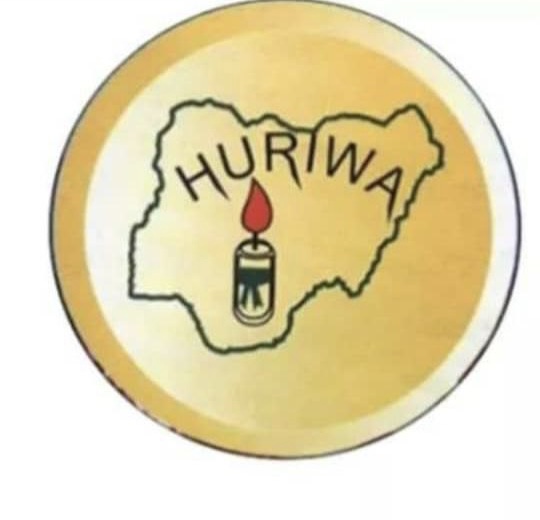 HURIWA says the South East governors are doing a whole lot of talking too much and firing blank than engaging in hardcore leg work within the South East of Nigeria to reach out to dialogue with hierarchies of all the contending forces including politicians, cultural, social, and self-determination agitators so the South East of does not become a war territory.

HURIWA which condemns the reported firebombing of the private residential property of the Imo State governor Mr. Hope Uzodinma in Oru East, Orlu Senatorial zone describing it as primitive, vexatious and unwarranted, however, said the governor of Imo State Mr. Hope Uzodinma should provide the needed competent and passionate leadership in Imo State.

The Rights group says the Imo State governor should stop gallivanting all over Abuja and holding meetings with President Muhammadu Buhari to attract more armed security forces to be sent to his State as if the presence of additional reinforcement of soldiers holds the Midas touch to the myriads of issues hampering smooth enforcement of law and order to protect lives and property of the good people of Imo state. “Governors are not colonial administrators but citizens chosen by their people to provide development and galvanise the people to dialogue on ways and means of living peacefully and peaceably.”

“Honestly, we in the organised civil society community in Nigeria think the Imo State governor has portrayed himself as someone who derives happiness by inviting soldiers to attack alleged camps of the members of the Eastern Security Network or members of Indigenous Peoples of Biafra (IPOB).”

“We think Hope Uzodinma needs to be a leader of the people of Imo State and lead from the home front and not be seen as someone who invites armed soldiers all the time as if he is a member of an occupying force. Most of the publicised meetings of Governor Hope Uzodinma and President Muhammadu Buhari have always been about inviting more troops and armed soldiers to Imo State. When will the governor start the business of attracting investments into Imo State by making genuine peace with everyone irrespective of the political and ideological differences”?

HURIWA said also that: “The thing that should worry the governor of Imo State as well as other South East states should be how best to restore peace and development through dialogues by asking the President to end the illegal tagging of the Indigenous peoples of Biafra as a terrorist group which the governors of the South East of Nigeria canvassed before the President obtained the ex-parte injunction from the Abuja Chief judge of Federal High Court prescribing IPOB as a terrorist group.

“Governors of the South East of Nigeria betrayed the trust of the people by canvassing that a group made up of some of their young people who as at then did not carry even a kitchen knife but the Governors asked President Muhammadu Buhari to go ahead and obtain an illegal court order without fair hearing as against section 36(5) of the Nigerian Constitution of 1999 as amended, to classify IPOB as a terrorist group even when armed Fulani herdsmen who are actually the armed militants wreaking havoc and engaging in mass killings aren’t proscribed as a terrorist group.

“So the South East governors played a role in creating the monster that haunts everyone now, that is assuming without conceding that the version of the sources of some of the attacks as narrated by Governor Okezie Ikpeazu of Abia state is correct”.

“Not long ago the Abia State governor Ikpeazu says he does not understand why IPOB prefers to attack institutions of civil rule. The governor said this during an interactive session with youths and women under the auspices of the “TOS Foundation Youth and Women for Good Governance” in Abuja on Friday, April 23, 2021. Ikpeazu did not disclose the reason IPOB wants him and other South-East governors dead but said he does not support the style or strategy of the leader of the group.

He maintained that some of the things Kanu raised are valid, but his strategy leaves much to be desired.”

HURIWA quoted the media as stating that governor Ikpeazu said, “People are beginning to think now that some of the issues raised by Nnamdi (Kanu) if they are issues of injustice, marginalisation, and inequality, any part of society have a right to begin to feel cheated or unwanted.

So, some of those things which Nnamdi said are valid. Some of us can see them. We cannot continue to hide behind a finger.

“But some of us do not subscribe to his style or strategy. Because I do not understand where he is going and how he is going and when he plans to pull the brakes and what he wants to achieve.

“If I have a way of conveying my views to the leadership of that group, what I will say is they should find a way to enter into conversation and let people know.

“I am under their fatwa now and some of my brother governors. They say if you see them kill them.’The governor further accused IPOB of “fighting in the kitchen,” saying he does not understand why the group prefers to attack institutions of civil rule.”

HURIWA in the statement by the National Coordinator Comrade Emmanuel Onwubiko and the National Media Affairs Director Miss Zainab Yusuf said in as much as the group is totally against any sort of use of violence to resolve issues, the group says the South East governors are guilty of a failure of leadership and were co-conspirators in the unconstitutional declaration of the Indigenous peoples of Biafra (IPOB) as a terrorist group.

16 reportedly dead as bus rams into stationary trailer along Kampala-Gulu...