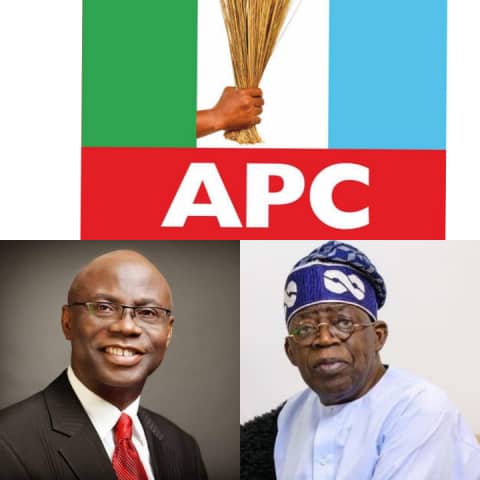 One of the All Progressives Congress (APC) presidential aspirants, Pastor Tunde Bakare has denied media reports that he endorsed Asiwaju Bola Tinubu, and also cast the Christian Association of Nigeria (CAN) in a bad light.

Bakare made the clarification in a statement he personally signed.

He described the news as concocted and outright lies against him while challenging the person(s) behind the claims to put out the audio or video file to the public or risk a court hearing if the act does not stop.

Bakare said: “My attention has been drawn to the viral but concocted and ridiculous statements credited to me, by some unscrupulous writers and bloggers. Amongst other things, I was quoted to have said that the agitations by the Christian Association of Nigeria (CAN), were ploys by the opposition party, the People’s Democratic Party (PDP), to force a weak candidate on APC. In addition to this, I was alleged to have said that CAN wanted to lure APC into presenting a weak candidate.”

The writer(s) of the story which Bakare described as “spurious”, alleged that he said Christians are righteous people who behave like Christ, and that CAN are politicians who behave like Peoples Democratic Party (PDP).

It was reported in the media that he said “We dream of a Nigeria in which every woman, as well as every man, will be able to aspire to any political office at any time without playing the ethnic card and without recourse to it’s our turn or it’s their turn.

“What we need is a New Nigeria that works for every Nigerian, Christian as well as Muslim. Nationhood, rather than divisiveness, must be the objective of every engagement.”

The aggrieved Pastor went on to say “as if the poorly strewn lies were not enough, I was quoted as saying that Tinubu is my candidate. Isn’t this the same Tinubu that I announced to all and sundry at the APC Presidential Convention that I was not stepping down for? He has suddenly become my candidate!

“I wish to state unequivocally that the statements are absolute lies. There was nowhere I granted anyone any interview or preached on any platform, where I said the ludicrous statements. I challenge anyone who is in possession of the video or audio file of the statements to please put it in the public space.

“For the avoidance of doubt, I am a nation builder who will not in any way create real or imaginary division among the people of our great country, through the medium of political parties or religion.”

He, therefore, urged everyone to disregard the report, saying, “The statements are not mine, and do not in any way represent my position. This is part of the lying propaganda of the mischievous ones seeking approval by deceit and at all costs. If the peddlers of this deliberate falsehood don’t desist from their highly condemnable acts, they will definitely have their day in court. Enough is enough.”

It would be recalled that Bakare contested for the presidential ticket of the APC and lost to Tinubu. He, Senator Rochas Okorocha, Chief Ikeobasi Mokelu, former minister of Information and Culture during the Abacha military administration; Tein Jack Rich, founder of Belemaoil producing Ltd, scored zero votes during the presidential primary that took place at Eagle Square Abuja in June.

Russia-Ukraine Conflict: What It Means For Africa and Nigeria