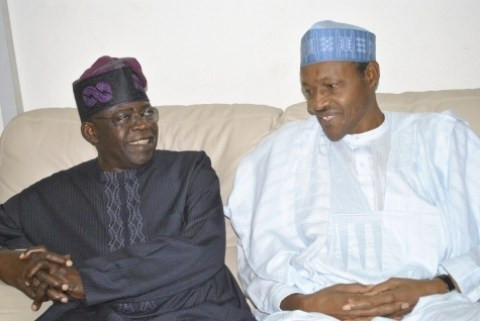 The national leader of the All Progressives Congress (APC), Bola Tinubu has posited that every nation will go through these and difficult times.

He, therefore, called on Nigerians to come together to help those in power tackle the security challenges witnessed in the country.

Tinubu, the former Governor of Lagos stated this while addressing journalists after meeting President Buhari at the state house on Monday, April 26.

Tinubu further explained that there is no President who will want his country in chaos or its citizens exposed to banditry and danger.

“The best way is what we are doing; coming together to reduce banditry, to move for unity and be able to bring a better Nigeria to the people. The welfare of our people is extremely important. And yes, every nation will go through these curves and difficult times. How we communicate it to the people, what are the areas to help make it easier for people to bear, those are ideas on how to be able to change the leadership of the country.

Speaking about having an unhealthy relationship with Buhari, Tinubu stated:

“Nothing like that; nothing like unhealthy. Who is our doctor? Is it social media that is measuring the relationship? I don’t have to disturb him openly on camera. No, we have so many ways to look at issues. We have nothing like that.”

On APC’s chances in the 2023 general election, he said:

“I don’t want to predict that one right now. I don’t want to do that subject now. The chances are as bright as a midnight star. We’ll continue to work for a better Nigeria and that’s what you need.

“We cannot interject politics and assumption into everything. We have a nation to build; we have a baton to pass. You can depend on Buhari that he will not spend one hour beyond his tenure. He will do that. He will comply with the Constitution. So, how it happens? Read the Nigerian Constitution and find out from INEC website.”

Chinese national arrested in possession of 5 firearms, 201 rounds of...

Man allegedly unleashes his dogs on a Female Police Officer