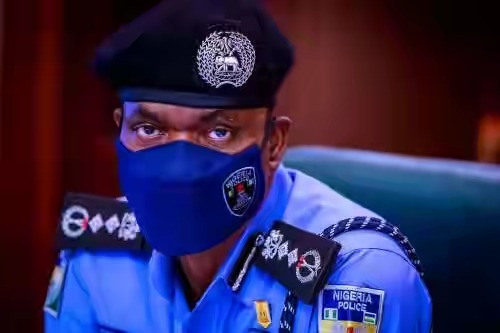 The Inspector-General of Police in Nigeria, Mohammed Adamu announced the setting up of a new unit named SWAT (Special Weapons and Tactics team) to replace the dissolved SARS (Special Ant-Robbery Squad).

He made this announcement via a statement issued out by Frank Mba, the Force Public Relations Officer on Tuesday, October13, in which it was stated that SWAT was created with the purpose of filling the gaps arising from the dissolution of the defunct SARS.

The IGP ordered that all personnel of the defunct Special Anti-Robbery Squad (SARS) should report at the Force Headquarters, Abuja, for debriefing, psychological and medical examination.

According to the statement, the officers were expected to undergo this process as a prelude to further training and reorientation before being redeployed into mainstream policing duties.

The statement reads, “The Inspector-General of Police, M.A. Adamu, has today, 13th October, 2020, in accordance with Section 18 (10) of the Police Act 2020, ordered all personnel of the defunct SARS to report at the Force Headquarters, Abuja, for debriefing, psychological and medical examination. The officers are expected to undergo this process as a prelude to further training and reorientation before being redeployed into mainstream policing duties.

“The medical examination will be carried out by the newly set-up Police Counselling and Support Unit, a unit which henceforth shall engage in psychological management, re-orientation and training of officers of the Force deployed for tactical operations and other duties. The unit, which is domiciled with the Force Medical Department and coordinated by the Force Medical Officer, has its membership drawn from amongst psychiatrists, psychologists, medics, pastors and imams, public relations practitioners, civil society and other human rights groups with relevant qualifications and expertise.

“Meanwhile, the IGP has set up a new Special Weapons and Tactics team that will fill the gaps arising from the dissolution of the defunct SARS. Prospective members of this new team will also undergo psychological and medical examination to ascertain their fitness and eligibility for the new assignment.

“They are to commence training at the different police tactical training institutions nationwide next week. While personnel from the police commands in the South-East and South-South will be trained at the Counter-Terrorism College, Nonwa-Tai, Rivers State, those from the police commands from the North and the South-West will be trained at the Police Mobile Force Training College, Ende, Nasarawa State, and the Police Mobile Force Training College, Ila-Orangun, Osun State, respectively.”

Meanwhile in response to this new development, some Nigerians have taken to Twitter to make their opinion known.

Some of which reads:

@DrOlufunmilayo- “Seems very soon… The new hastag will be #EndSWAT”

@MomentsWithBren- ” Did you notice that the President and IGP DID NOTmention for once that they will INVESTIGATE & PERSECUTE all the SARS and other Police Officers for murder cases they have committed?
We don’t want you to RECYCLE and RELEASE them to KILL more people under the nonsense SWAT.”

Kibicho urges Kenyans not to crowd at polling stations after voting

Nigeria misled Kenya to expel Nnamdi Kanu to the country –...