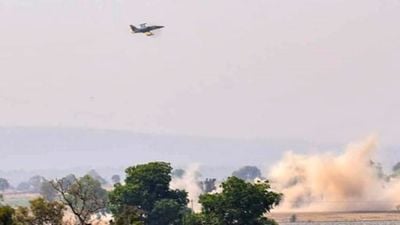 On Monday, the military killed another 27 bandits in targeted airstrikes, bringing the number of those killed in the area this week to 55.

According to Edward Gabkwet, the NAF director of Public Relations and Information, he said the terrorists were eliminated following sustained air operations in the area.

On August 6 at Gazuwa, about 1.2 kilometres to Gargash, the military conducted an air strike following intelligence of infighting between Boko Haram fighters and members of the Islamic State of West Africa (ISWAP).

“The state of confusion and disorder between the two factions presented an opportunity for a surprise strike by NAF’s pilots,” Air Commodore Gabkwet said.

Attorney in the dock for stealing R1.8m RAF payout owed to...