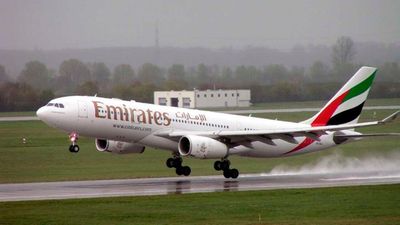 Travellers from Dubai will be allowed into the country from today after Kenya lifted a ban it had imposed on all inbound and transit passenger flights from the Middle East nation two weeks ago.

The move come days after Kenya’s Foreign Affairs Cabinet Secretary Raychelle Omamo said the two sides were holding discussions on the matter but there were no certainties on when flights could resume.

“We are working together to reach an understanding on how we can return to normalcy,” she told a press conference at her offices on Friday.

“I have no white smoke to report today but I want to tell you that we are active on the matter and it is our hope that we will reach an understanding that will enable them to open up their flight paths and for us to do the same. It is a matter that is under discussion.”

Kenya Civil Aviation Authority (KCAA) director-general Gilbert Kibe told The EastAfrican on that the ban was lifted Monday midnight, offering a major relief to hundreds of travellers between the two destinations.

The ban did not however affect cargo flights that are normally flown by carriers such as Kenya Airways (KQ) and Emirates airline from UEA into Kenya.

“Kenya shall do a NOTAM lifting the suspension of flights to and from UAE from midnight tonight (Monday),’’ said Mr Kibe.

The ban came a few days after UAE extended the Kenya flight ban after it established that travellers from Nairobi were testing positive for Covid-19 after arrival in the Middle East nation, despite carrying negative test results.

The Ministry of Health has however launched investigations into the matter with a view to bringing to book health officials who were involved in the shoddy deal that has now coasted Kenya millions of shillings in lost passenger revenues.

The directive came as a blow to KQ, which had seen an increase in bookings on this route due to the ongoing Dubai Expo 2020 exhibition.