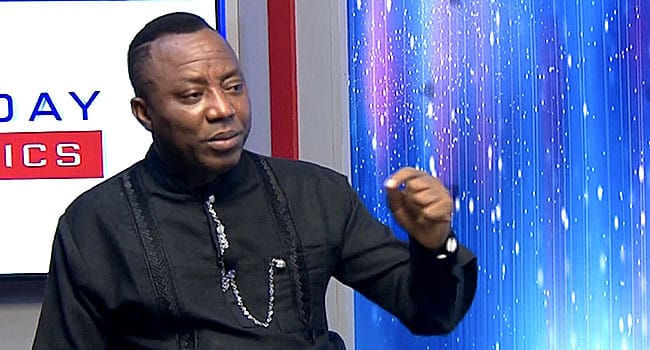 The presidential candidate of the African Action Congress (AAC) Omoyele Sowore, stated that his government will prioritise education and will make it free at all levels if he is elected.

“Free education is one of the key promises in his party’s manifesto. When asked to explain further about the plan, he said it is for “every level. The money is there. I keep saying this to Nigerians and I say it with that knowledge of how they manage Nigeria’s economy.”

According to him, the money siphoned from the country’s coffers in the past 16 years is “enough to have supported free education in this country or to have supported it for 50 years or 100 years ahead of now”.

He also revealed that he will decentralise the power sector if elected, affirming that the plan will generate about 24,000 megawatts of electricity in four years.

“With 24, 000 megawatts of electricity in four years, you would be creating nothing less than one to four million jobs.

“The private sector taking it over with stolen money is not working,” the 51-year-old said, claiming that “the privatisation thing is a scam. It is still Nigeria’s money stolen by them.”

He condemned the 1999 Constitution of Nigeria and claimed that it is the cause of most of the challenges that the country is facing.

“If you are going to vote for me, you are voting for that promise to change the fraudulent constitution,” Sowore asserted.

Naira weakens further as it falls to N710 per Dollar