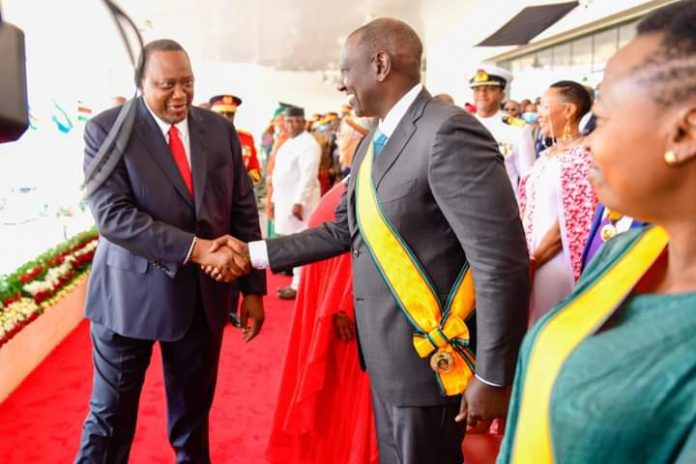 Deputy President, William Ruto has asserted that nobody can slap the president, explaining that he only used it as a figure of speech.

This in reaction to the allegations that he almost slapped President Uhuru Kenyatta for wanting to quit the battle for the presidency ahead of 2017 repeat polls.

In an interview on Thursday, July 7, the deputy president stated that the statement is not meant to be taken seriously as he only said it in jest.

“I told him, my friend, you are not about to do anything silly like that. You know? That’s what a genuine friend is all bout. When your friend is about to give up, you must be there to support, encourage and correct them.”

The allegations came up following the emergence of an audio recording of him telling a group of elders from Kiambu how he fought for Uhuru’s presidency even when he was on the verge of giving up.

This has brought him so many criticism from different leaders who stated that his remarks is a proof that he is not fit to be a president.

Laycon gives back to the Community, helps Sickle Cell Patients