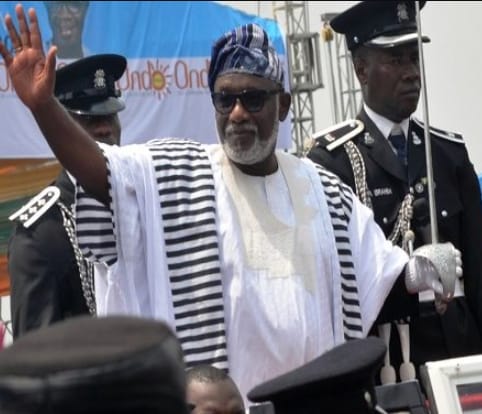 The Ondo State governor, Rotimi Akeredolu has been inaugurated into office for a second term.

He took the oath during his swearing-in programme which was held at the International Culture and Event Centre, Akure, on Wednesday, February 24.

He was sworn in alongside his running mate Lucky Aiyedatiwa.

Akeredolu was accompanied by his wife Betty Akeredolu, children and grandchildren.

Akeredolu was declared winner of the last gubernatorial election held in the State on October 11, 2020. According to INEC, he defeated defeated Eyitayo Jegede, the Peoples Democratic Party (PDP) candidate.

Kenya teachers get bail after forcing pupils to simulate sex