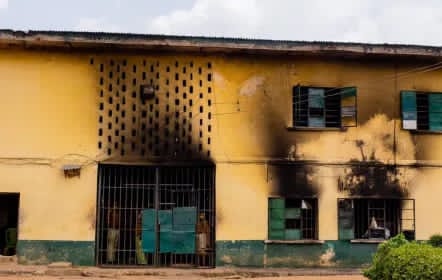 It has been reported that over 80 prisoners of the Owerri Correctional center in Imo state have returned to the center.

It should be recalled that armed men attacked the correctional center on Monday, March 5, and freed 1844 of the inmates.

Meanwhile, during a visit to the center on Tuesday, April 6, the Minister of Interior Affairs, Rauf Aregbesola, promised that the Federal government will grant any returnee inmate amnesty.

In an interview with DailyTrust on Wednesday, April 7, the Public Relations Officer of the Centre, Mr. Joe Madugba, said over 80 inmates have returned between Tuesday and Wednesday.

“We have a total of 82 inmates right now. Remember that we have 36 that refused to escape and six that returned. Presently 40 others have joined them. They might have heeded the advice of the honourable minister to grant them amnesty from the crime of jailbreak.” he said

He added that the centre is still expecting more of the detainees to return.