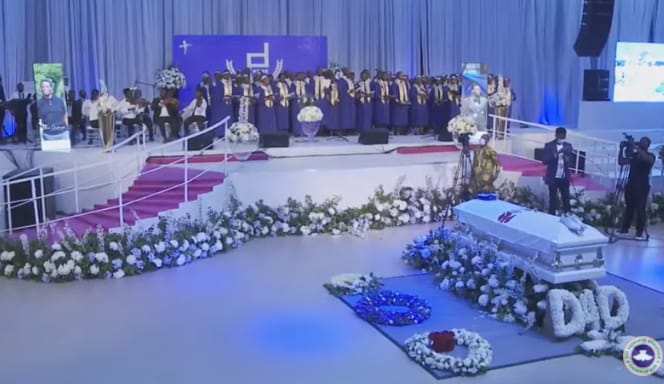 The remains of Pastor Dare Adeboye, the son of the General Overseer of the Redeemed Christian Church of God, Pastor E.A Adeboye, has been laid to rest on Tuesday, May 11.

Following the burial of his son, Pastor E.A. Adeboye took to Twitter and YouTube to release a message.

He thanked those who have sent messages of support to his family after his 42-year-old son died suddenly.

He added that nothing happens in life without God’s knowledge.

In the 10 minutes video posted on YouTube and reshared on Twitter, Pastor Adeboye explained that when God talks, you submit and cannot refuse him, even when it’s not convenient for you.

He added that his son’s death at 42 is not unusual.

“Death is not a function of age. Young people die, old people die, children die,” he said, adding, “We have also learnt it’s not how long you live, it’s how well.”

He asserted, “We have lost a champion… Let us consider him as a seed that we have sowed… Let us prepare for a very special harvest.”

His caption for the video on Twitter reads, “We lost a General but we didn’t lose God. One man down, we regroup and advance!”

US and allies accuse China of global hacking spree

Eid-ul-Adha: Bagbin calls for intensified prayers for the nation

At least 33 dead as passengers recount horror of China subway...

Young Medical Doctor drowns a day to his Housemanship

Inability to put youths on career paths has turned them into...