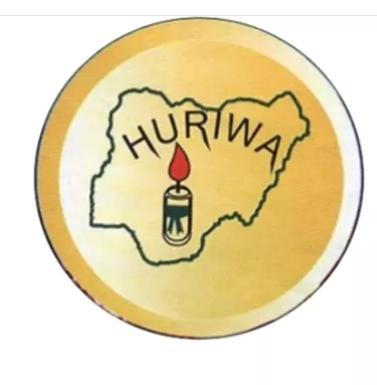 THE HUMAN RIGHTS WRITERS ASSOCIATION OF NIGERIA (HURIWA) has urged the Economic and Financial Crimes Commission (EFCC) to be law-abiding and civil by releasing immediately the Director-General of the Voice of Nigeria (VON) Mr Osita Okechukwu.

HURIWA noted that it is unfortunate that the EFCC is carving a niche for itself as an agency of government that picks and chooses who to arbitrarily detain for a long period of time and who to release as soon as possible, adding that this arbitrariness is illegal and unconstitutional and must be stopped forthwith.

“The EFCC has become notorious for detaining alleged offenders from the southern part of the country longer than necessary but easily releases accused persons from the Muslim North.

“These discriminatory practices contravene section 42 (1) of the constitution. That section states thus:

” 42. (1) A citizen of Nigeria of a particular community, ethnic group, place of origin, sex, religion or political opinion shall not, by reason only that he is such a person:-

(a) be subjected either expressly by, or in the practical application of, any law in force in Nigeria or any executive or administrative action of the government, to disabilities or restrictions to which citizens of Nigeria of other communities, ethnic groups, places of origin, sex, religions or political opinions are not made subject; or

(b) be accorded either expressly by, or in the practical application of, any law in force in Nigeria or any such executive or administrative action, any privilege or advantage that is not accorded to citizens of Nigeria of other communities, ethnic groups, places of origin, sex, religious or political opinions.

(2) No citizen of Nigeria shall be subjected to any disability or deprivation merely by reason of the circumstances of his birth.”

The Rights added that the EFCC hasn’t said the reason why Mr Osita Okechukwu has been kept under detention for close to a week against constitutional norms and provisions. It is sad that some reactionary elements in the judiciary masquerading as judges are aiding and abetting violations of fundamental human rights of the Nigerian citizens by the EFCC.

“Why for instance will judges grant ex parte orders in their Chambers to enable EFCC to keep citizens for weeks unending? What then is the import of PRESUMPTION OF INNOCENCE WHICH IS A FUNDAMENTAL PART OF OUR JURISPRUDENCE? HURIWA queried.

It is said that the EFCC uses ‘kangaroo’ or ‘JANKARA MARKET’ court INJUNCTIONS to arbitrarily detain citizens longer than the constitution stipulated.

In section 36 (5) the Grund norm says thus: “Every person who is charged with a criminal offence shall be presumed to be innocent until he is proved guilty;

Provided that nothing in this section shall invalidate any law by reason only that the law imposes upon any such person the burden of proving particular facts.”

Detaining Osita Okechukwu arbitrarily and indefinitely violates the Constitutional provision in SECTION 34 which gives him the right to respect her human dignity. Section 36 a person shall be entitled to a fair hearing within a reasonable time. Personal liberty connotes the right to freedom from wrongful or false imprisonment, arrest, or any physical restraint whether in any common prison or even in the open street without legal justification.

In The Administration of Criminal Justice Act in Section 6, it has eradicated Arbitrary Arrests of Suspects by the Police/EFCC, and they now are mandated to notify a Suspect of their Right to a Legal Representation, and can no longer take Statements without a Lawyer present or any other Person of the Suspect’s choice. The Act also provides for the Right of the Suspect to Free Legal Consultation by the Legal Aid Council of Nigeria where the Suspect cannot afford one. Gone are the days when the Police or EFCC will arrest a Suspect without notifying their Relation because the Act has made it mandatory for the notifications of Suspect’s Next of Kin at no Cost. The Administration of Criminal Justice Law (Rivers-State) specifically provides for Interpretation in the Language the Suspect understands, and also extended further the Notification of Arrest to the Suspect’s Friend, in Section 6(3) (v) ACJL (Rivers-State).

The rule of law is the pillar of constitutional democracy and according to section 1 (1) of the 1999 constitution 1. (1) This Constitution is supreme and its provisions shall have binding force on the authorities and persons

Throughout the Federal Republic of Nigeria.

(2) The Federal Republic of Nigeria shall not be governed, nor shall any persons or group of persons

Take control of the Government of Nigeria or any part thereof, except in accordance with the provisions of this Constitution.

Prevail, and that other law shall, to the extent of the inconsistency, be void.

President Abraham Lincoln (1809 – 1865), a Republican and the 16th President of the United States of America, in his address at the dedication of the military cemetery at Gettysburg, Pennsylvania on 19th November 1863 defines democracy as: “The government of the people, by the people and for the people.” In the words of Hon. Justice S. O. Uwaifo, democracy is the popular control of the government by the will of the majority.

It requires, as well, measures to ensure adherence to the principles of supremacy of law, equality before the law, accountability to the law, fairness in the application of the law, separation of powers, participation in decision-making, legal certainty, avoidance of arbitrariness and procedural and legal transparency.

Factors that Can Ensure the Operation of the Rule Of Law are as follows:

The judiciary must be free from the control of the ruling government.

The remuneration of judges should be free from executive control.

HURIWA hereby calls on the EFCC to release forthwith the DG of VON Chief Osita Okechukwu or produce him in the competent court of law to prosecute him legally because Nigeria is not a BANANA REPUBLIC.

Kenyan exports rise by Sh100b amidst struggles of Economic Recovery

‘NDC will save Ghanaians from NPP’s toxic leadership’ – Ofosu Ampofo

Two migrants drown off Morocco coast, over 200 others arrested