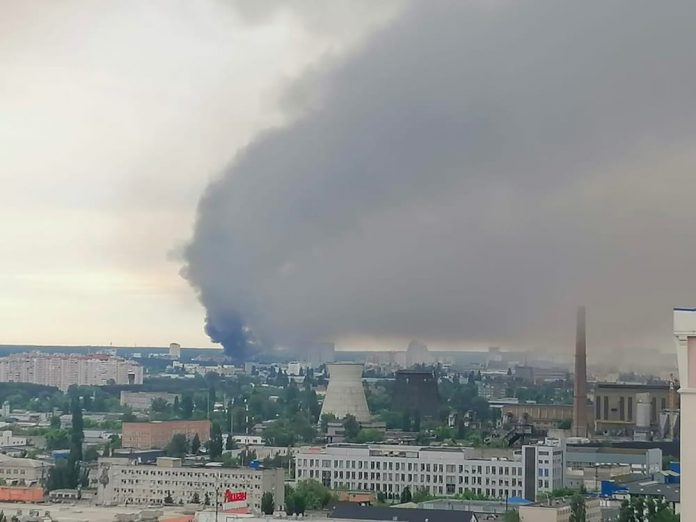 The mayor of Kyiv stated that Ukraine’s capital has been rocked by several explosions early on Sunday June 5.

This is coming a day after Ukranian officials said its troops had recaptured a swath of the eastern battlefield city of Sievierodonetsk in a counter-offensive against Russia.

It should be recalled that from February 25 till March 31, Russia concentrated on launching attacks in Kyiv in order to force the Volodymyr Zelenskyy regime to capitulate and put in a Russian puppet regime.

But Ukranian forces motivated by Zelenskyy who refused to run, inflicted severe losses on the Russian military and after a month Putin’s men reshifted focus to capturing the Donbas region, which is the Luhansk and Donetsk regions of Ukraine.

“Several explosions in Darnytskyi and Dniprovskyi districts of the capital,” Kyiv Mayor, Vitali Klitschko wrote on the Telegram messaging app. “Services are already working on site.” he added.

At least one person was hospitalised but no deaths had been reported as of early Sunday, Klitschko said. Other Ukranian officials said the Russian bombardment appeared to be targeting the railway network.

Serhiy Gaidai, the governor of the Luhansk region that includes Sievierodonetsk, said Ukrainian forces controlled about half the city after recapturing a large chunk from Russian troops.

“It had been a difficult situation, the Russians controlled 70% of the city, but over the past two days they have been pushed back,” Gaidai said on Ukraine’s television. “The city is now, more or less, divided in half.”

20s is for exploring and dating – Toke Makinwa