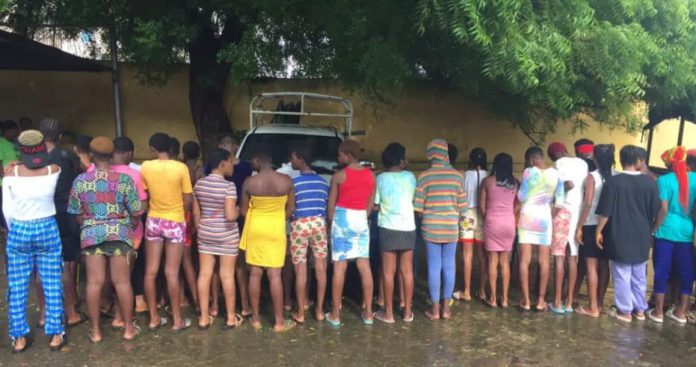 The Anambra State Police command has discovered a hotel named Gally Gally in Nkpor region of the state, where teenagers are used for prostitution and sex slavery.

The DSP Ikenga Tochukwu, spokesperson of the state police command, who confirmed the discovery stated that the security operatives rescued 35 teenage girls, and about four of them are pregnant.

“The police will hand over the victims to the National Agency for the prohibition of Trafficking in Persons (NAPTIP) for the welfare and rehabilitation of the children,” DSP Ikenga explained.