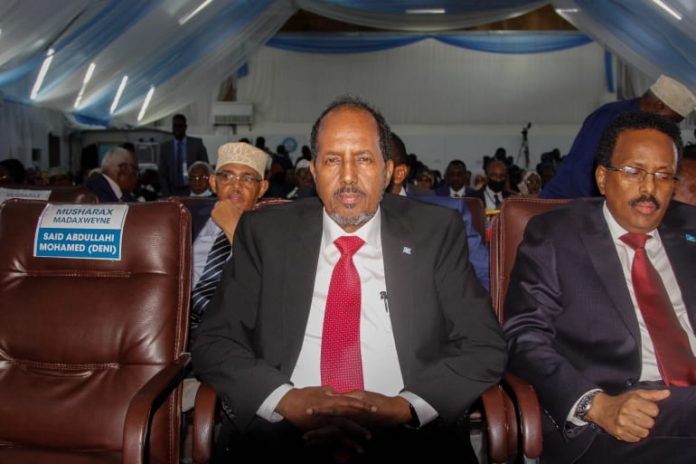 Sheikh Mohamud has been elected as president for the second time defeating incumbent President Mohamed Abdullahi Mohamed in a final round.

Somali members of parliament have elected former leader Hassan Sheikh Mohamud as the country’s next president, following a long-overdue election on Sunday in the troubled Horn of Africa nation.

Hassan Sheikh Mohamud, who served as Somalia’s president between 2012 and 2017, won the contest in the capital, Mogadishu, amid a security lockdown imposed by authorities to prevent deadly rebel attacks.

After a marathon poll involving 36 candidates that was broadcast live on state TV, parliamentary officials counted over 165 votes in favour of former president Mohamud, more than the number required to defeat the incumbent President Mohamed Abdullahi Mohamed.

Mohamed conceded defeat, and Mohamud was immediately sworn in.

The 66-year-old Mohamud is the leader of the Union for Peace and Development party, which commands a majority of seats in both legislative chambers. He also is well-known for his work as a civic leader and education promoter, including for his role as one of the founders of Mogadishu’s SIMAD University.

Somalia has not held a one-person, one-vote election in 50 years. Instead, polls follow a complex indirect model, whereby state legislatures and clan delegates pick lawmakers for the national parliament, who in turn choose the president. The third round of voting was decided by 328 legislators, and a simple majority was enough to choose a winner.

Ofori-Atta a fine private businessman but failed as Finance Minister –...

Pupils sit on the floor to learn in Katsina State

Grandmother Dies of Shock After Witnessing Rape of 3 Granddaughters