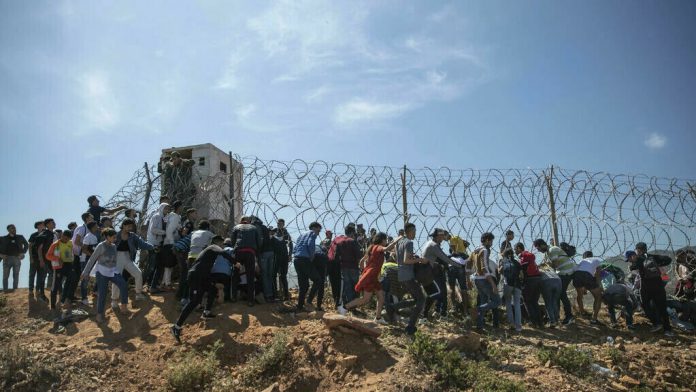 Morocco and Spain have reopened the land borders between the north African country and the Spanish enclaves of Ceuta and Melilla, two years after it was closed due to COVID-19 restrictions and major diplomatic row.

The enclaves on the Mediterranean coast in northern Morocco have the European Union’s only land borders with Africa.

The gates opened shortly after 11:00 pm local time (2200 GMT) on Monday night, letting dozens of cars and queues of pedestrians pass in both directions.

At the Fnideq border post, smiles lit up the faces of the travellers crossing to see their families on the Moroccan side.

“I was stuck for two years in Ceuta, I’m very happy to be back home,” said Nourredine.

“I am happy that Morocco and Spain have restored their relations, it allows us to see our families,” said one man in his sixties.

The reopening of the borders of the two enclaves initially remains limited to residents of Europe’s open-borders Schengen area and their family members.

According to reports, it will be expanded to cross-border workers after May 31.

The local economies on both sides of the borders depend on the crossing of people and goods.

It should be recalled that the Ceuta and Melilla crossings were closed during the first wave of the coronavirus pandemic in March 2020.

Political parties not there to serve South Africans but interests of...

Investigations set to start in DR Congo after the death of...