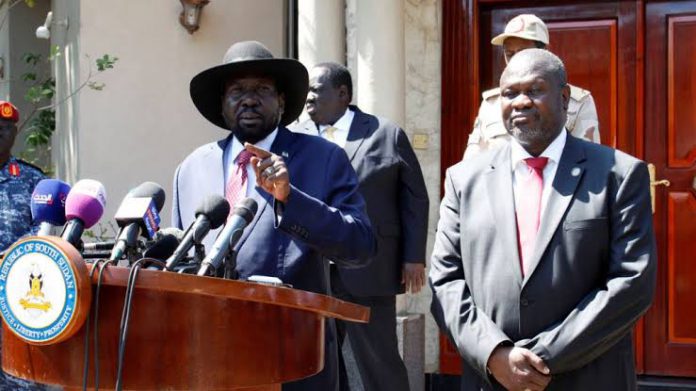 According to the spokesman for Gen. Buay, operatives belonging to Sudan’s Rapid Support Forces (RSF), in a join operation with members of South Sudan National Security Service (NSS), arrested three senior officers of the SSPM/A including Gen. Gatluak Majiok who is accused for standing behind attack on Mayom town in which commissioner Maj. Gen. Chuol Gatluak was assassinated.

According to a source that pleaded anonymity, “they have been taken to Mayom and they were handed over to the South Sudan People’s Defense Forces (SSPDF) at Kaikang and they will be transported to Mayom town and they will be prosecuted there.”

The office of the Unity State Governor, Joseph Nguen Manytuil confirmed the arrest of rebel officers and said this comes after an operation directed by the governor for the SSPDF to bring to justice the killers of the commissioner.

The statement read in part:

“Based on directives of the Governor Lt Gen Dr. Joseph Manytuil Wejang to gallant forces at parade in Kai-Kang Military Barrack on 5th August 2022 to carryout counter insurgency operation against the armed criminals loyal to Stephen Buay Rolnyang, and that successfully resulted into capturing of notorious assailants at their concealment position at the border between South Sudan and Sudan on 6th August, 2022.”