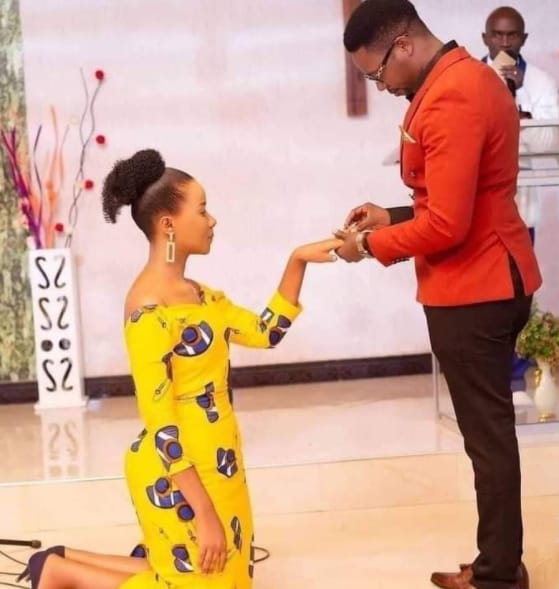 A Nigerian medical doctor with the twitter handle, @osagiemerry opined that women are meant to be the ones to kneel when they are being engaged by their boyfriends.

Posting the photo above, Osagie asserted that this is how an engagement should be. He added that he doesn’t understand who invented the idea of men kneeling when proposing to their girls.

His tweet reads:
”This is how it is supposed to be I really don’t know who invented the mechanism of men going down on their knee. This lady now is on her knee did she dieeeeee???”

IN PICS: Python rescued after (almost) biting off more than it...

New twist in dispute over removal of Cope official