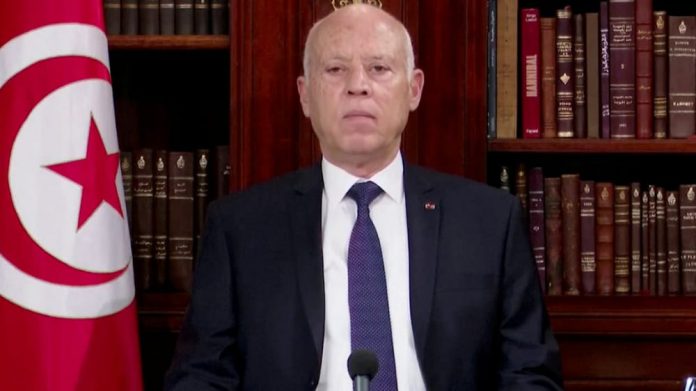 Tunisian President, Kais Saied has announced his intention to form a new government in the next few days after suspending parliament and removing the prime minister in July.

The comments, made in an interview broadcast by the Tunisian presidency, come after the country’s interior minister announced the appointment of nine senior officials including an intelligence chief on Thursday.

Saied said last week that would not allow the attempts to infiltrate the interior ministry to succeed.

He did not give details on this alleged infiltration but the interior ministry has moved to bolster its security capabilities.

Sami Yahyaoui has been appointed head of intelligence, Makram Akid as head of the anti-terrorism apparatus, and Mourad Hussein as director general of public security.

That’s after Saied was on Wednesday reported to have appointed a new director general of national security and a commander of the National Guard.

Three weeks after Saied’s dismissal of Prime Minister Hichem Mechichi, which gained widespread popular support, he has not yet appointed a replacement or announced his plans to manage the next phase of his reforms.

Meanwhile, Saied froze parliament on July 25, stripping its members of immunity in measures he asserted were necessary to save the state institution after a perceived mishandling of the COVID-19 pandemic and economic strife.

The move was condemned by his opponents in the Islamist Ennahda party and abroad as a coup.