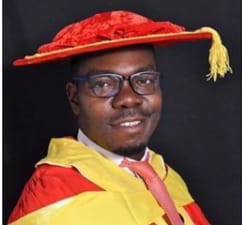 A senior lecturer at the Archeology Department of the University of Nigeria, Nsukka (UNN) identified as Dr. Chigozie Odum has been arrested for allegedly impregnating and threatening a student of the institution, Onah Chinyere.

The lecturer was arrested by the Operatives of Crack Squad, Enugu State Police Command.

Daily Post reported that a petition from the family lawyer of the female student led to the arrest of the lecturer.

“It is our client’s instruction that she has been a student in the Archeology and Tourism Department, Faculty of Arts, University of Nigeria, Nsukka.

“According to her instructions, Dr. Odum Chigozie Jude is one of the lecturers in the said department.

“Our brief further showed that the said Dr. Odum Jude went and approached our client and demanded to be sleeping with her and threatened our client that if she refuses, she will never graduate from the said department.

“He further threatened her that he was a cultist while in school and that up till today he still has a good number of them under his payroll. He, therefore, warned our client to comply with his demands and requests in her own interest.

“Our information further showed that he called our client to his house and forcefully had sexual intercourse with her.”

New Biometric Passport: Travel Document to be delivered in 48hours