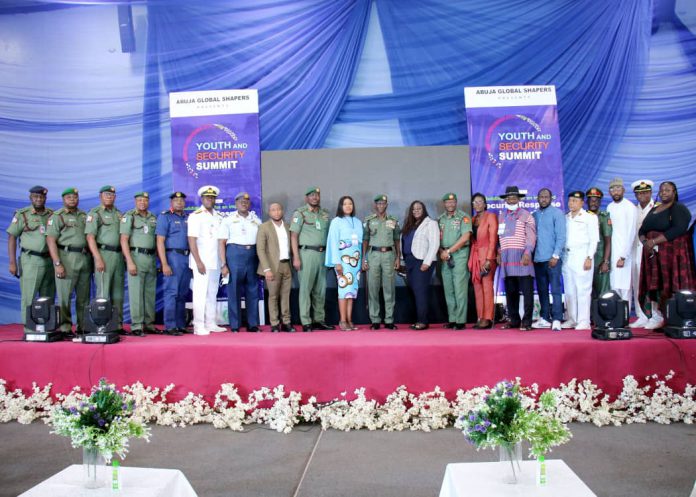 The Chief of Defence Staff (CDS), General Lucky Irabor has said the Armed Forces of Nigeria (AFN) is advancing the whole of society approach towards addressing national security.

The CDS made this known in Abuja at a 2-day Youth and Security Summit themed, “Building Trust for an Improved Security Response in Nigeria,” organized by Abuja Global Shapers Community (AGSC) in collaboration with Defence Headquarters.

Gen Irabor who was the Special Guest of honour at the event, said, for the AFN to sustain progress as part of the larger architecture addressing security challenges, the military is currently advancing the whole-of-society approach as a means of solving these challenges.

A statement signed by
Acting Director Defence Information, Air Commodore Wap Maigida noted that the CDS said Nigerian youths are segment of the population which could play a pivotal role in advancing the course of national security.

The Defence Chief commended AGSC for organizing the summit which seeks to engage the Nigerian youths on issues of national security as well as other intervention targeting the youths to be more focused in building the society.

The CDS described the collaborative venture between the AFN and AGSC as enlightening the participants in order to better understand the roles and responsibilities of the military in surmounting internal and external threats as well as protection of lives and property.

In his words: “Engaging the youths is practically making them to become part and parcel of the fabric of stability of the society towards enhancing national security.”

Gen Irabor further identified freedom from dangers and threats to nation’s ability to defend and develop, promote its core values, and legitimate interests as well as enhanced wellbeing of its citizens as component of national security.

The AGS Hub Curator, Mr Umar Addulmalik, in his welcome address, said the summit was series of programmes being conducted by AGSC aimed at engaging the youths on security conversations through collaboration with security agencies.

According to him, AGSC is at the forefront of this security conversion and initiatives as a result of the evolving security challenges facing the nation.

The Youth and Security Summit was attended by senior officers from the military, security agencies and paramilitary organizations.

The Minister of Interior was represented at the event.